A Short History of the World's Shipping Industry 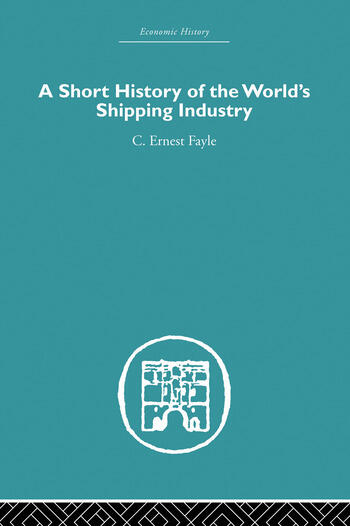 A Short History of the World's Shipping Industry

This book outlines the story of shipping as a business and describes the way in which, at each period of the world's history, merchant ships were owned and operated. It provides information on the relations between ship-owners and governments, and the conditions of life and work afloat.

Prologue: The Sea as barrier and highway

1. 'Ships of Tarshish' - the sea-traders of antiquity

2. 'Brides of the Adriatic' - The Mediterranean epoch

4. The wealth of the Indies - The opening of the ocean routes

5. Merchant adventurers - the rise of England

6. 'The prodigious increase of the Netherlands' - the Dutch as general carriers

7. 'Ships, colonies and commerce' - the era of the navigation acts

8. 'The shipping interest' - the carrying trade in the eighteenth century

9. 'White wings' and 'tin kettles' - the clipper ship ear and the rise of steam

10. Liners and tramps - the evolution of the modern shipping industry

11. Competition and combination - the organisation of modern shipping