Archbishop Ramsey
The Shape of the Church 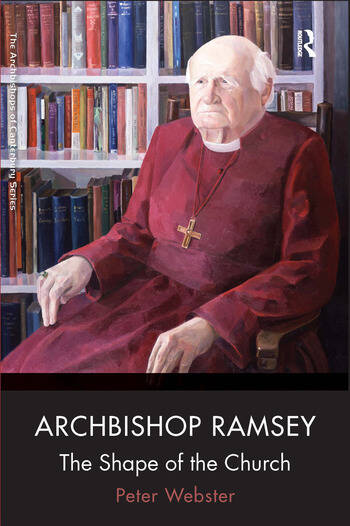 Archbishop Ramsey: The Shape of the Church

Archbishop Michael Ramsey’s archiepiscopate from 1961 to 1974 saw profound renegotiations of the relationship of the Church of England with its own flock, with the nation more widely, with the Anglican church worldwide, and with the other Christian churches. Drawing from unique source material in the Lambeth Palace Library archives and reproducing many original writings of Ramsey for the first time, this book explores key questions which surround Ramsey’s tenure. How did Ramsey react to the rapid hollowing-out of the regular constituency of the church whilst at the same time seeing sweeping changes in the manner in which the church tried to minister to those members? What was his role in the widening of the church's global vision, and the growing porousness of its borders with other denominations? And how did the nature of the role of archbishop as figurehead change in this period?

Peter Webster is an independent scholar and managing director of Webster Research and Consulting.

"A very judicious and comprehensive survey of the thought of one of Anglicanism’s greatest figures, with a sympathetic assessment of his impact on public discussion and decision in Britain during his time as Archbishop. Peter Webster has done an exemplary job in digesting a large amount of primary material, and this is a fine contribution to the understanding of an era as well as of a man." - Rowan Williams, Master of Magdalene College, Cambridge, UK, and former Archbishop of Canterbury

"This is a sparkling and broad-ranging introduction to a fascinating archbishop, written with crisp prose and crystal clarity. Peter Webster is a discerning guide, deep in the sources, and offers a sympathetic reading which sheds new light upon Anglican politics in the long 1960s." - Andrew Atherstone, Wycliffe Hall, Oxford University, UK

"This is an excellent book in every way. It is well researched and lucidly written, revealing a perceptive sympathy with the subject. It is a fine supplement to Owen Chadwick’s Michael Ramsey: A Life, and it also sheds much light on the social, ethical and religious environment in which Ramsey was archbishop. It helps to explain the particular difficulties that have assailed each of his successors as Archbishop of Canterbury, and it is a valuable contribution to an interesting series that draws on the archives of Lambeth Palace." - The Rev'd Douglas Dales, author of Glory - the spiritual theology of Michael Ramsey

"There is much of value in this book." - Church Times

"Peter Webster’s Archbishop Ramsey: The Shape of the Church is the best introduction to Michael Ramsey’s archiepiscopacy at Canterbury currently available, and should be read by everyone interested in the state of the Church of England in the 1960s." – Sam Brewitt-Taylor in Reviews in History

"…archiepiscopal biography has become something of a cottage industry, but Peter Webster’s treatment of the 100th Archbishop of Canterbury does not disappoint." - Jeremy Bonner in The Journal of Ecclesiastical History

"For all Michael Ramsey fans this is a must-buy." – Robin Gill in Theology

"This is an excellent resource for anyone interested in the history of the Church of England in the second half of the twentieth century, and in Michael Ramsey especially. It reminds us what a tremendous figure he was." - Peter Waddell in Reviews in Religion and Theology

"Peter Webster has brought his in some ways unworldly subject alive in a vivid and well-documented way. It is good to hear Ramsey’s voice again. His vision of a reformed Catholicism lives on, despite everything." – Times Literary Supplement

"In Archbishop Ramsey: The Shape of the Church, Peter Webster offers a thoughtful perspective on Ramsey's work as archbishop of Canterbury during an era of great social upheaval in England and throughout the Anglican world. " - Benjamin Thomas, The Saint Francis Foundation in Anglican and Episcopal History