Asian American Literature and the Environment 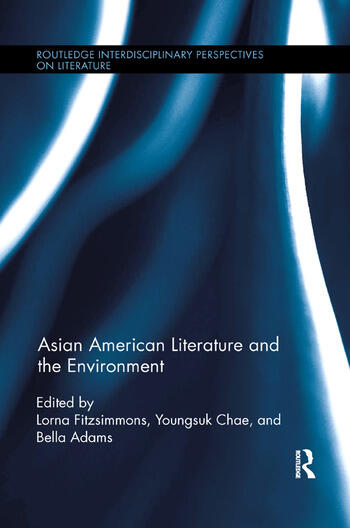 Asian American Literature and the Environment

Youngsuk Chae is Associate Professor of English at the University of North Carolina, Pembroke, USA.

Through various critical lenses that bring together studies in race, gender, labor, space, immigration, and ecofeminism, these essays interrogate US exceptionalism in the reconstruction of 'frontier' in relation to Asian American experiences and challenge US neocolonialism and neoliberalism in the transnational Asia-Pacific. In so doing it breaks new ground in both environmental and Asian American studies. Summing Up: Highly recommended. - Y. Shu, CHOICE

Asian American Literature and the Environment is a book I have long waited to see in print. It is a groundbreaking contribution to ecocritical inquiry and Asian American literary studies and will help define the fields for years to come. -- Robert T. Hayashi, Amherst College, USA

A wide-ranging and ground-breaking study that expands our understanding of Asian-American culture, environmental literature, and the connections between them. This should be required reading in ecocriticism, environmental studies, and multi-cultural studies. -- David Landis Barnhill, University of Wisconsin Oshkosh, USA

By collecting essays that focus on connections between environmental thought and Asian American literary productions,this book presents a new and exciting approach to two fields that have rarely been in dialogue with each other, and moves the field of Asian American studies in new directions. -- Claudia Sadowski-Smith, Arizona State University, USA