Black Men, Invisibility and Crime
Towards a Critical Race Theory of Desistance 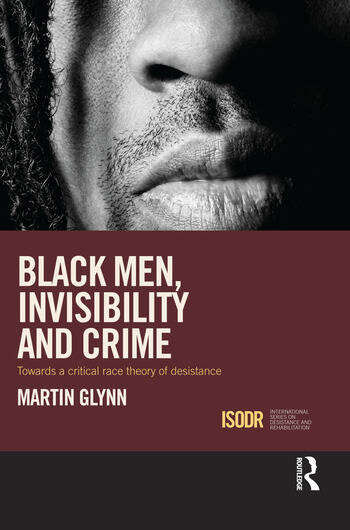 Black Men, Invisibility and Crime: Towards a Critical Race Theory of Desistance

Past studies have suggested that offenders desist from crime due to a range of factors, such as familial pressures, faith based interventions or financial incentives. To date, little has been written about the relationship between desistance and racialisation. This book seeks to bring much needed attention to this under-researched area of criminological inquiry.

Martin Glynn builds on recent empirical research in the UK and the USA and uses Critical Race Theory as a framework for developing a fresh perspective about black men’s desistance. This book posits that the voices and collective narrative of black men offers a unique opportunity to refine current understandings of desistance. It also demonstrates how new insights can be gained by studying the ways in which elements of the desistance trajectory are racialised.

This book will be of interest both to criminologists and sociologists engaged with race, racialisation, ethnicity, and criminal justice.

Martin Glynn is Research Assistant at the University of Wolverhampton and completed his PhD at Birmingham City University, where he is also a visiting lecturer. His research interests include desistance, race/racialisation and crime, critical race theory, ethnodrama, masculinities and crime, and crime and social determinants of health.

‘Race is the elephant in the room in all of criminology, and few of us are brave enough to acknowledge it. Martin Glynn’s remarkable new book isn’t just brave, it is fearless. The elephant is finally within our grasp.’

‘Martin Glynn’s challenging new book is an important and novel contribution to debates about desistance – but it is also more than that. Rather than focusing on how ethnicity affects desistance, he draws on critical race theory – and on the accounts of "Black British" and "African American" men he interviewed -- to examine how racism and racialisation influenced the men’s life chances and pathways through crime and justice. In seeking to develop a "black criminology of desistance", Martin Glynn’s analysis enjoins and compels us also to engage with the racialised politics of crime and justice – and of criminology itself.’

‘In the book Black Men, Invisibility and Crime, Martin Glynn has produced an innovative and crucially important monograph that provides keen insights into desistance among Black men.

Drawing on Critical Race Theory, Martin skilfully explores the contours of desistance specific to the condition and experience of Black men. His fresh comparative perspective provides readers with an examination of the analogous and divergent desistance concerns among Black men in Briton and America. Martin is clearly an important scholar on the rise whose thoughts on re-entry and desistance in the Black community need to be heard by the discipline and the larger criminal justice community in the UK and the USA.’

'Building on and consistent with the work of Unnever and Gabbidon's (2011) Theory of African American Offending, Glynn contends that a theory of desistance that focuses on African American men and their "lived experiences" within racialized societies is needed. Similar to Unnever and Gabbidon (2011), Glynn argues that African American men have a unique racialized worldview that emerges from their interactions with oppressive white-dominated institutions. The cumulative result of these subordinating interactions is that black men have a compromised racial identity. This conflicted racial identity is formed in interactions with racialized institutions- particularly the criminal justice system- that devalue and pejoratively stereotype black men.'