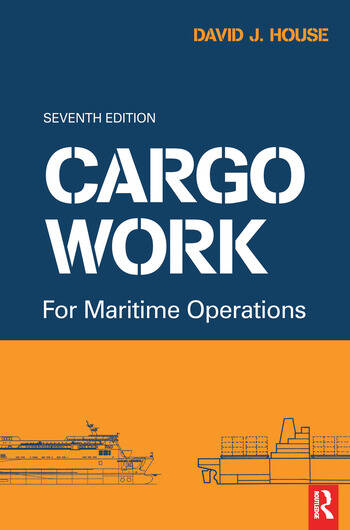 Previously published as Kemp & Young's Cargo Work, this new edition has been fully revised and expanded to comprehensively reflect unit load containerised systems that are now used in the majority of cargo shipping, while retaining the necessary detail on transporting key classes of cargoes safely, efficiently and profitably. This is an essential reference for merchant seamen internationally.The book covers general principles and the latest international regulations that affect all cargo work, including cargo types and key characteristics of a wide range of cargo classes. It also details Roll On - Roll Off cargo handling, containerisation, equipment and offshore supply.

"An indispensable source of information"MARITIME JOURNAL'Previously published as 'Kemp & Young's Cargo Work', this new edition has been fully revised and expanded to reflect unit load systems while retaining the necessary detail on transporting key classes of cargoes safely, efficiently and profitably...Cargo Work will be a useful reference for students and serving ships' crew, further enhanced by the inclusion of self assessment exercises.' - Maritime Journal, July 2005"Encompasses all the latest aspects of cargo handling, whilst retaining information on what used to be known as "conventional" or break bulk methods."- The Nautical Magazine, October 2005