Chinese Diplomacy and the UN Security Council
Beyond the Veto 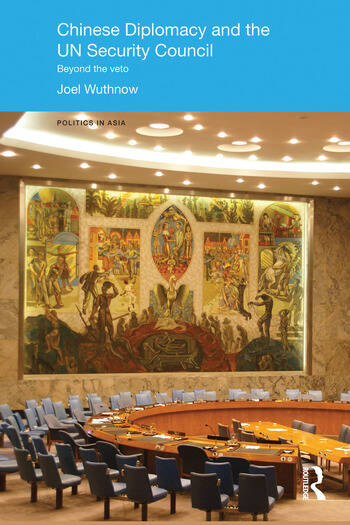 Chinese Diplomacy and the UN Security Council: Beyond the Veto

China has emerged in the 21st century as a sophisticated, and sometimes contentious, actor in the United Nations Security Council. This is evident in a range of issues, from negotiations on Iran’s nuclear program to efforts to bring peace to Darfur. Yet China’s role as a veto-holding member of the Council has been left unexamined. How does it formulate its positions? What interests does it seek to protect? How can the international community encourage China to be a contributor, and not a spoiler?

This book is the first to address China’s role and influence in the Security Council. It develops a picture of a state struggling to find a way between the need to protect its stakes in a number of ‘rogue regimes’, on one hand, and its image as a responsible rising power on the world stage, on the other. Negotiating this careful balancing act has mixed implications, and means that whilst China can be a useful ally in collective security, it also faces serious constraints. Providing a window not only into China’s behaviour, but into the complex world of decision-making at the UNSC in general, the book covers a number of important cases, including North Korea, Iran, Darfur, Burma, Zimbabwe, Libya and Syria.

"The volume provides a strong resource base from which both scholars and practitioners will be able to draw time and again". - Edith Drieskens, Assistant Professor of International Relations, Leuven International and European Studies [LINES], Leuven University, Belgium, The Hague Journal of Diplomacy