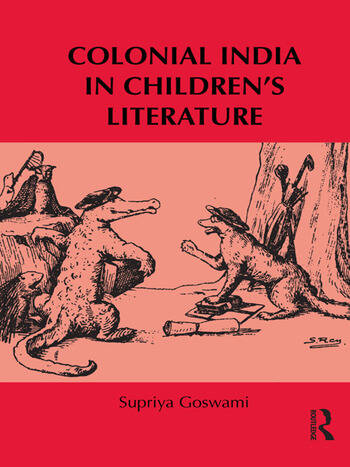 Colonial India in Children’s Literature is the first book-length study to explore the intersections of children’s literature and defining historical moments in colonial India. Engaging with important theoretical and critical literature that deals with colonialism, hegemony, and marginalization in children's literature, Goswami proposes that British, Anglo-Indian, and Bengali children’s literature respond to five key historical events: the missionary debates preceding the Charter Act of 1813, the defeat of Tipu Sultan, the Mutiny of 1857, the birth of Indian nationalism, and the Swadeshi movement resulting from the Partition of Bengal in 1905. Through a study of works by Mary Sherwood (1775-1851), Barbara Hofland (1770-1844), Sara Jeanette Duncan (1861-1922), Rudyard Kipling (1865-1936), Upendrakishore Ray (1863-1915), and Sukumar Ray (1887-1923), Goswami examines how children’s literature negotiates and represents these momentous historical forces that unsettled Britain’s imperial ambitions in India.

Goswami argues that nineteenth-century British and Anglo-Indian children’s texts reflect two distinct moods in Britain’s colonial enterprise in India. Sherwood and Hofland (writing before 1857) use the tropes of conversion and captivity as a means of awakening children to the dangers of India, whereas Duncan and Kipling shift the emphasis to martial prowess, adaptability, and empirical knowledge as defining qualities in British and Anglo-Indian children. Furthermore, Goswami’s analysis of early nineteenth-century children’s texts written by women authors redresses the preoccupation with male authors and boys’ adventure stories that have largely informed discussions of juvenility in the context of colonial India.

This groundbreaking book also seeks to open up the canon by examining early twentieth-century Bengali children’s texts that not only draw literary inspiration from nineteenth-century British children’s literature, but whose themes are equally shaped by empire.

Introduction: Children's Literature and Colonial India  1. (En)countering Conversion: Missionary Debates and Colonial Policy in Mary Sherwood's The History of Little Henry and his Bearer  2. Resisting Tipu: Taming the Tiger and Coming of Age in Barbara Hofland's The Captives in India  3. The Post-Mutiny Imperial Boy Hero: Bridging Cultural Divides in Sara Jeanette Duncan's The Story of Sonny Sahib  4. 'Macaulay's minutemen': The Mimic Men and the Subversion of Law in Rudyard Kipling's The Jungle Books  5. Trivializing Empire: The Topsy-Turvy World of Upendrakishore Ray and Sukumar Ray  6. Conclusion: The Postcolonial Legacy