Control Theories of Crime and Delinquency 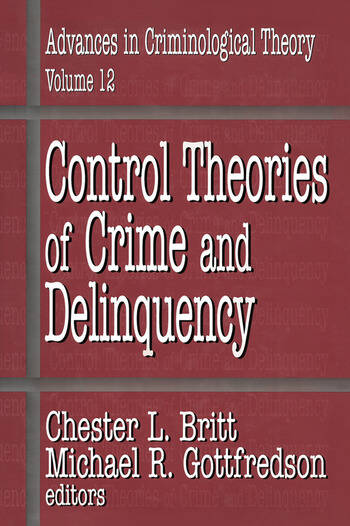 Control Theories of Crime and Delinquency

For the past twenty to thirty years, control theories of crime have been at the center of theoretical development in criminology. Key to the control theory perspective is the notion that crime is an inherently individual act, and its explanation requires that we focus on the characteristics of individuals who commit crimes. Consequently, control theory focuses on such issues as self-control and social control.

The contributions to this volume explicate and extend the application of control theory. It is divided into three general areas. Part 1 focuses on key assumptions and components of control theories. Contributors discuss the notion of learning, or socialization, in the context of control theory and the effects that families, peers, and the criminal justice system have on self-control, social ties, and criminal behavior.