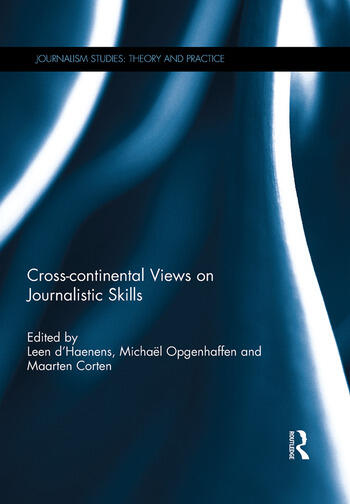 This book considers the role journalism education plays in coping with a changing media landscape. It looks at how journalists can empower themselves in an effort to excel in an evolving environment and considers whether it suffices for them to master ‘pre-millennial’ basic skills or whether brand new competencies need to be incorporated.

Few dramatic qualifications are spared when discussing the changes that have shaken the news environment during the noughties. Digitization has both empowered and tried professional journalists through multimedia news production, media convergence and not least a maturing commercial internet. Moreover, digitization has also influenced, and been influenced by, other societal changes such as global financial tensions, evolving multicultural societies, and emerging democracies in search for a suitable journalistic paradigm. Indeed, the rather technological evolutions emphasized time and again, cannot be detached from a cultural setting. This is why an investigation in required competencies benefits from an explicit socio-cultural and cross-continental perspective. As this book tackles a varied set of ‘news ecosystems’, it is our hope to offer a nuanced view on what indeed seems to be a global fluidity in journalism practice.

Explicit emphasis is put on the role of journalism education as facilitator for, and even innovator in, required journalistic competencies. Time will tell whether or not ‘news ecosystems’ will again stabilize. This volume makes a number of concrete recommendations towards journalism training and discusses a number of case studies across several continents, illustrating how goals are attuned to a changed news environment. As this book links academic paradigms to concrete journalism practice and education, its reading is recommended both for practitioners and educators.

This book was originally published as a special issue of Journalism Practice.

Leen d’Haenens is a Professor in Communication Science at the Institute for Media Studies, KU Leuven, Belgium, where she teaches Media and diversity, Western media policy, and Analysis of media texts. Her current research interests include cross-national news frame analyses of the Euro-crisis, Islam and Muslims, the study of commercial and public service broadcasters’ diversity potential, and the study of power relations and alliances with regard to issues relevant to the multicultural society in mainstream and online media (ethnic discussion forums, blogs) in North-Western Europe.

Maarten Corten was a Teaching Assistant in Communication Science at the Institute for Media Studies, KU Leuven, Belgium, from 2010 till 2012. Together with Michaël Opgenhaffen and Leen d’Haenens he is the co-author of Nieuwsvaardig, een crossmediale competentiematrix voor journalisten (Leuven, 2011).