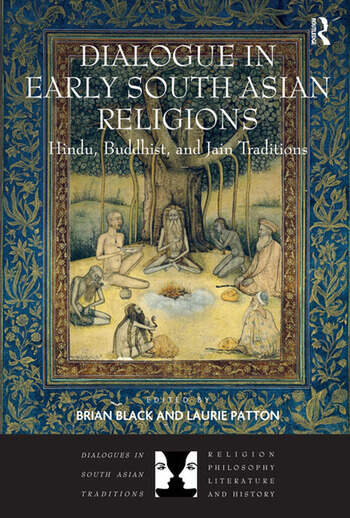 Dialogue between characters is an important feature of South Asian religious literature: entire narratives are often presented as a dialogue between two or more individuals, or the narrative or discourse is presented as a series of embedded conversations from different times and places. Including some of the most established scholars of South Asian religious texts, this book examines the use of dialogue in early South Asian texts with an interdisciplinary approach that crosses traditional boundaries between religious traditions. The contributors shed new light on the cultural ideas and practices within religious traditions, as well as presenting an understanding of a range of dynamics - from hostile and competitive to engaged and collaborative. This book is the first to explore the literary dimensions of dialogue in South Asian religious sources, helping to reframe the study of other literary traditions around the world.

Contents: Introduction, Brian Black and Laurie Patton. Part I Dialogues Inside and Outside the Texts: The frogs have raised their voice: Rg Veda 7.103 as a poetic contemplation of dialogue, Laurie Patton; Dialogue and apostrophe: a move by VÄlmÄ«ki?, Alf Hiltebeitel; Didactic dialogues: communication of doctrine and strategies of narrative in Jain literature, Anna Aurelia Esposito; The Buddha as storyteller: the dialogical setting of JÄtaka stories, Naomi Appleton. Part II Texts in Dialogue: Orality, authority and conservatism in the PrajÃ±ÄpÄramitÄ SÅ«tras, Douglas Osto; The dialogue of tradition: PurÄá¹‡a, GÄ«tÄ, and theological heritage, Elizabeth M. Rohlman; Dialogue and genre in Indian philosophy: GÄ«tÄ, polemic, and doxography, Andrew J. Nicholson. Part III Moving Between Traditions: Bowing to the Buddha: the relationship between literary and social dialogue in the NikÄyas, Michael Nichols; The power of persuasion: the use of dialogues to justify and promote 'early' renunciation in the Jaina and Hindu traditions, Jonathan Geen; Trusted deceivers: illusion-making ascetics, Paá¹‡á¸itas, Brahmins, and Bodhisattas and the conditions for the dialogic in ArthaÅ›Ästra and JÄtaka scenarios of rule, Lisa Wessman Crothers; Dialogue and difference: encountering the other in Indian religious and philosophical sources, Brian Black. Index.

Brian Black is currently Lecturer in Religious Studies at Lancaster University, UK. He received his Ph.D. from the School of Oriental and African Studies, University of London, UK. His research and teaching interests include ancient Indian religion and philosophy, gender in Indian religions, and literary approaches to Hindu and Buddhist texts. He has written several articles and book chapters on these issues, specifically in the contexts of the Upanishads and the Mahabharata. He is author of the book The Character of the Self in Ancient India: Priests, Kings, and Women in the Early Upanishads (2007) and co-editor (with Simon Brodbeck) of the book Gender and Narrative in the Mahabharata. Laurie Patton is Professor of Religion and Dean of Arts and Sciences at Duke University, USA. Her scholarly interests include the interpretation of early Indian ritual and narrative, comparative mythology, literary theory in the study of religion, and women and Hinduism in contemporary India. In addition to over forty articles in these fields, she is the author or editor of seven books: Authority, Anxiety, and Canon: Essays in Vedic Interpretation (ed., 1994); Myth as Argument: The Brhaddevata as Canonical Commentary (author, 1996); Myth and Method (ed., with Wendy Doniger, 1996); Jewels of Authority: Women and Text in the Hindu Tradition (ed., 2002); Bringing the Gods to Mind: Mantra and Ritual in Early Indian Sacrifice (author, 2005); and The Indo-Aryan Controversy: Evidence and Inference in Indian History (ed., with Edwin Bryant, 2005).

’From the early hymns of the Rig Veda and the debates and discussions of the Upaniá¹£adic sage YÄjÃ±avalkya, to the discourses of the Buddha, MahÄvÄ«ra, and Kriá¹£á¹‡a, dialogue has been the central medium by which ancient authors spoke to their listeners and readers. Yet, little scholarly work has focused on this genre. Dialogue in Early South Asian Religions, therefore, is a welcome and significant contribution to the study of ancient Indian texts produced as dialogues. Covering a broad range of texts and presenting theoretically sophisticated engagements with them, this volume should be a 'must read' for those working in Indian religion and literature.’ Patrick Olivelle, University of Texas, USA