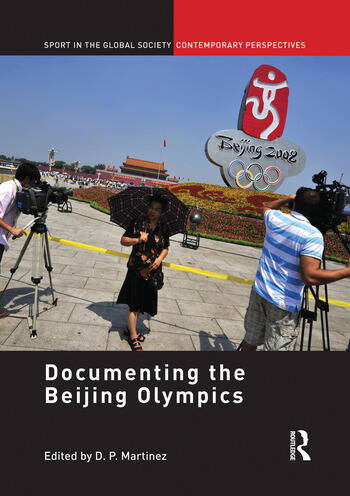 This book focuses on the processes of documenting the Beijing Olympics – ranging from the visual (television and film) to radio and the written word – and the meanings generated by such representations. What were the ‘key’ stories and how were they chosen? What was dramatised? Who were the heroes? Which ‘clashes’ were highlighted and how? What sorts of stories did the notion of ‘human interest’ generate? Did politics take a backseat or was the topic highlighted repeatedly? Thus, the focus was not on the success or failure of this event, but on the ways in which the Olympics Games, as international and historic events, are memorialised by observers.

The key question that this book addresses is: How far would the Olympic coverage fall into the patterns of representation that have come to dominate Olympic reporting and what would China, as a discursive subject, bring to these patterns?

This book was previously published as a special issue of Sport in Society.

D. P. Martinez is Reader in Anthropology with special reference to Japan at the department of Anthropology, SOAS.

Kevin Latham is a senior lecturer at the School of Oriental and African Studies, University of London. His recent research has focused on Chinese media with particular attention to journalism, new media, the Beijing Olympics, consumption and consumerism.