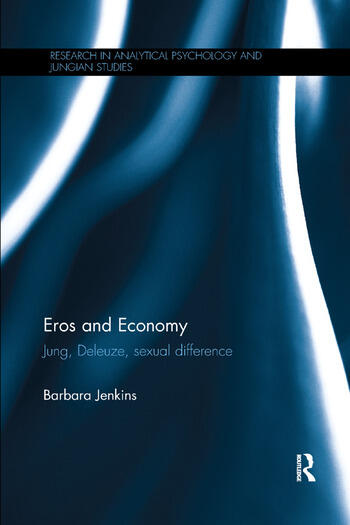 Eros and Economy: Jung, Deleuze, Sexual Difference explores the possibility that social relations between things, partially inscribed in their aesthetics, offer important insights into collective political-economic relations of domination and desire. Drawing on the analytical psychology of Carl Jung and the philosophy of Gilles Deleuze, this book focuses on the idea that desire or libido, overlaid by sexual difference, is a driving force behind the material manifestations of cultural production in practices as diverse as art or economy. Re-reading the history of capitalism and aesthetics with an awareness of the forces of sexual difference reveals not just their integral role in the development of capitalist markets, but a new understanding of our political-economic relations as humans.

The appearance of the energies of sexual difference is highlighted in a number of different historical periods and political economies, from the Rococo period of pre-revolutionary France, to the aesthetics and economics of Keynesian Bloomsbury, to our contemporary Postmodern sensibility. With these examples, Jenkins demonstrates that the very constitution of capitalist markets is affected by the interaction of these forces; and she argues that a conscious appreciation and negotiation of them is integral to an immanent, democratic understanding of power.

With its unique application of Jungian theory, this book provides important new insights into debates surrounding art, aesthetics, and identity politics, as well as into the quest for autonomous, democratic institutions of politics and economics. As such, this book will appeal to researchers, academics and postgraduate students in the fields of Jung, psychoanalysis, political economy, cultural studies and gender studies, as well as those interested in the field of cultural economy.