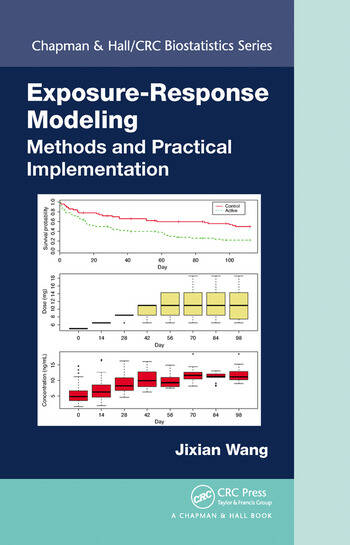 Written by an applied statistician with extensive practical experience in drug development, Exposure-Response Modeling: Methods and Practical Implementation explores a wide range of topics in exposure-response modeling, from traditional pharmacokinetic-pharmacodynamic (PKPD) modeling to other areas in drug development and beyond. It incorporates numerous examples and software programs for implementing novel methods.

Many examples illustrate the use of exposure-response modeling in experimental toxicology, clinical pharmacology, epidemiology, and drug safety. Some examples demonstrate how to solve practical problems while others help with understanding concepts and evaluating the performance of new methods. The provided SAS and R codes enable readers to test the approaches in their own scenarios.

Although application oriented, this book also gives a systematic treatment of concepts and methodology. Applied statisticians and modelers can find details on how to implement new approaches. Researchers can find topics for or applications of their work. In addition, students can see how complicated methodology and models are applied to practical situations.

Jixian Wang is a principal statistician at Celgene International, Switzerland. He worked on drug development for 14 years at GSK and Novartis Pharma and was an academic researcher at Edinburgh University and Dundee University, where he is still an honorary research fellow. His research interests include statistical methodology and its applications to real problems in pharmaceuticals, including exposure-safety, PKPD modeling, treatment/dose selection, health economics, benefit-risk and health technology assessments, and optimal trial design.

"...the book is worth reading as it takes the reader all the way from basic to state-of-the-art exposure-response modeling approaches and challenges. It focuses on detailed mathematical derivations, with many insights based on practical experience. Moreover, many data examples are accompanied by software code ..."
~Biometrical Journal

" . . . the greatest strength of this book is that the models and methodologies are always motivated and explained by applications and examples, which effectively communicates to readers the basic ideas behind complex methodologies. Also, practical implementation and computer code are discussed alongside the methods, which will help readers to apply the methods to their own data."
~University of Texas Health Science Center at Houston

"In summary, this book provides a good overview of various scenarios of ER relationship assessment and modelling, and the appropriate statistical approaches. With a lot of hints and tips and numeric examples that illustrate various aspects it is easy to read for both statisticians and nonstatisticians; the numerous programming code examples also make the book notably expedient."
~Dirk Lindner, ISCB 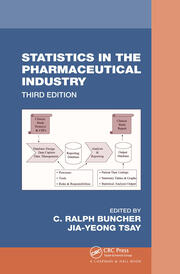 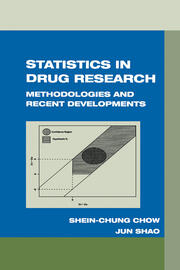 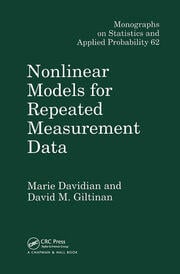