Found Sculpture and Photography from Surrealism to Contemporary Art 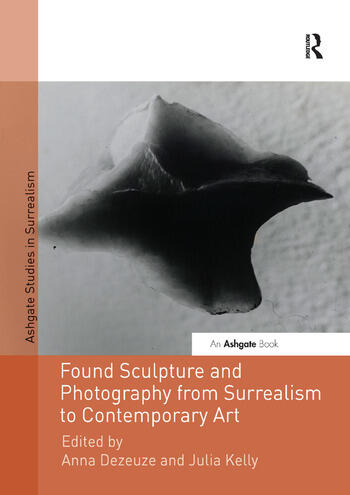 Found Sculpture and Photography from Surrealism to Contemporary Art

Taking its departure point from the 1933 surrealist photographs of ’involuntary sculptures’ by Brassaï and Dalí, Found Sculpture and Photography from Surrealism to Contemporary Art offers fresh perspectives on the sculptural object by relating it to both surrealist concerns with chance and the crucial role of photography in framing the everyday. This collection of essays questions the nature of sculptural practice, looking to forms of production and reproduction that blur the boundaries between things that are made and things that are found. One of the book’s central themes is the interplay of presence and absence in sculpture, as it is highlighted, disrupted, or multiplied through photography’s indexical nature. The essays examine the surrealist three-dimensional object, its relation to and transformation through photographs, as well as the enduring legacies of such concerns for the artwork’s materiality and temporality in performance and conceptual practices from the 1960s through the present. Found Sculpture and Photography sheds new light on the shifts in status of the art object, challenging the specificity of visual practices, pursuing a radical interrogation of agency in modern and contemporary practices, and exploring the boundaries between art and everyday life.

Julia Kelly is a researcher at the University of Hull, UK.

'... this nuanced and thoughtful collection offers an engaging account of surrealism as a rich and important vein of twentieth-century photographic and sculptural practice.' Modernism-Modernity