Freud
The Unconscious and World Affairs 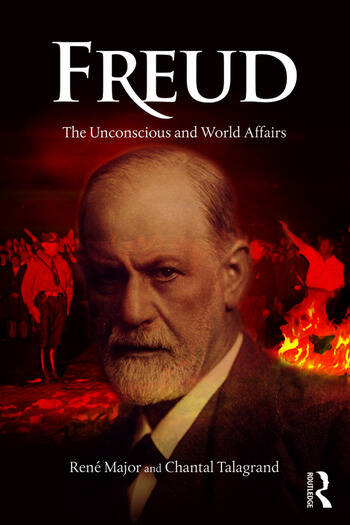 Freud: The Unconscious and World Affairs

This book sheds a new light on Freud who, from the beginning, was aware that the edifice he was constructing – psychoanalysis – which revealed in each individual an "ego not master in its own house" –, had clear implications for understanding collective human behaviour. This man was profoundly concerned with matters of peace and war, religion, morality and civilisation.

The authors’ political focus is unusual, and their choice of quotes from lesser-known sources holds great interest. Freud’s interlocutors include Oskar Pfisrer, Swiss pastor and lay analyst; Einstein; and the American diplomat William Bullitt, with whom Freud wrote a study of President Wilson, entitled Thomas Widrow Wilson. A Psychological Study. In the Introduction to this book, written in 1930, Freud describes Wilson as a person for whom mere facts held no significance; he esteemed highly nothing but human motives and opinions.

11. The First Circle of Followers

16. The Right to Psychoanalysis

RENÉ MAJOR is a renowned psychoanalyst practising in Paris. He was director of the Institut de psychanalyse de Paris and program director at the Collège international de philosophie. He founded the magazine Confrontation, as well as Contretemps, a publication linking contemporary art to literature, philosophy and psychoanalysis. He is director of the Institut des hautes études en psychanalyse and the author of numerous books.

is a psychoanalyst practising in Paris. She was editor-in-chief of Confrontation and Contretemps and director of the section on psychoanalysis in the Dictionnaire universel des créatrices. She has published many articles in France and abroad.

‘Unlike other biographies of Freud, René Major and Chantal Talagrand’s book is unique in the richness of its contextualisation and the scope and clarity of its historical framework. With the confidence that comes from a deep knowledge of their subject, they present a political Freud, engaged with the issues of his day, and whose thought cannot be ignored given the challenges of our own time. Written with elegance and wisdom, this is an inspiring and important book.’

― Darian Leader, psychoanalyst and member of the Centre for Freudian Analysis and Research

‘This biography is unique in that, for the first time, it analytically draws on the Freudian method in its retelling of Freud’s life and work. Using Nachträglichkeit (afterwardsness) as the guiding principle of its investigation, this compelling study revisits, with exceptional rigour and acumen, the Freudian archive as a whole. Above all, Freud underlines the political pertinence of psychoanalysis, and its lucidity regarding the drive to power, relentless cruelty and the endless wars being waged across the world—and within ourselves.’

‘This new biography of Freud deserves a place of honour. The authors are applying the psychoanalytic method to the understanding of historical facts—specifically those of Freud’s history—and perhaps this is the source of the book’s original flavour. Their panoramic knowledge of Freud’s works and his extensive correspondence, and their incorporation of world history data, enables them to bring to life not only these works, but also their context. The portrait of Freud’s family is more complete than any I had seen; it encompasses many of the minor characters, including his children, their progeny, and their respective fates. Freud’s clinical cases are portrayed as people whose conflicts come alive in the context of their analyst’s struggle with his discoveries and the technique he was attempting to perfect.’

― Marion M. Oliner, psychoanalyst and author, in The Psychoanalytic Quarterly

‘In this very original "analytic biography" of Freud, with a graceful and narrative style, the authors retrace Freud’s life and work, drawing attention, broadly speaking, to its ethical and political significance. Against the cliché of a politically conservative Freud, they restore to psychoanalysis the transgressive charge it carried at its beginnings, showing that, in a certain sense, even today, Freud’s work risks being burned as it was by the Nazis in 1933; particularly because a psychoanalysis liberated from both doctors and priests destroys all illusions, even those of the psychoanalysts.’

― Sergio Benvenuto, psychoanalyst and philosopher, editor of the European Journal of Psychoanalysis