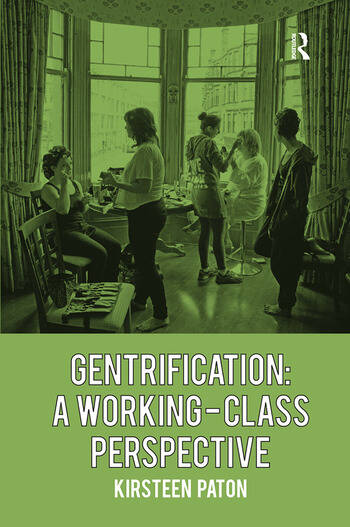 Focusing on the working-class experience of gentrification, this book re-examines the enduring relationship between class and the urban. Class is so clearly articulated in the urban, from the housing crisis to the London Riots to the evocation of housing estates as the emblem of ’Broken Britain’. Gentrification is often presented to a moral and market antidote to such urban ills: deeply institutionalised as regeneration and targeted at areas which have suffered from disinvestment or are defined by ’lack’. Gentrification is no longer a peripheral neighbourhood process: it is policy; it is widespread; it is everyday. Yet comparative to this depth and breadth, we know little about what it is like to live with gentrification at the everyday level. Sociological studies have focused on lifestyles of the middle classes and the working-class experience is either omitted or they are assumed to be victims. Hitherto, this is all that has been offered. This book engages with these issues and reconnects class and the urban through an ethnographically detailed analysis of a neighbourhood undergoing gentrification which historicises class formation, critiques policy processes and offers a new sociological insight into gentrification from the perspective of working-class residents. This ethnography of everyday working-class neighbourhood life in the UK serves to challenge denigrated depictions which are used to justify the use of gentrification-based restructuring. By exploring the relationship between urban processes and working-class communities via gentrification, it reveals the ’hidden rewards’ as well as the ’hidden injuries’ of class in post-industrial neighbourhoods. In doing so, it provides a comprehensive ’sociology of gentrification’, revealing not only how gentrification leads to the displacement of the working class in physical terms but how it is actively used within urban policy to culturally displace the working-class subject and traditional

Kirsteen Paton is lecturer in the School of Sociology and Social Policy at the University of Leeds, UK.

"The sociology of social class is seeing a renaissance in place-based ethnographic studies. Kirsteen Paton’s book on gentrification in Glasgow’s Partick area is a welcome addition to this emerging trend. Here the Glasgow Harbour re-development has been built in the footprint of the former shipyards, docks, warehouses and granaries on the banks of the river Clyde. While many local people feel pushed out by gentrification, some working class residents see the shiny new citadels as an improvement. So, Paton’s story is not just the conventional account of the poor being forced out by the Pinot Grigio swilling newcomers." – British Journal of Sociology, Les Back, University of London

"This book is a must-read for students of urban sociology, socio-spatial studies, cultural class theory and more generally, Marxist and Gramscian political theory. It offers an insightful discussion of how both the causes and the effects of ’urban restructuring’ far exceed their economic roots and are instead reflective of a hegemonic project to entrench modernity, and its composite parts, spatially, socially and temporally in order to produce neoliberal, materially-orientated (working-class) consumers. ... Since the recession, there has been a proliferation of views on gentrification as the panacea to all. As such, this book is a timely addition to a recently re-ignited debate, offering a thorough deconstruction of this redemptive and reductionist discourse which is not only novel, but arguably has actual practical application, encouraging those subjected to, and involved in, gentrification to question the function and value of this as an urban policy." – LSE Review of Books

"Here is a book (at last) that explains why gentrification is a key concept in understanding the neo-liberal world as opposed to one that simply tells you it is a nasty product. Kirsteen Paton’s study of gentrification from Glasgow uses Gramsci’s concept of hegemony to show how consent and coercion are two sides of the same coin when it comes to restructuring social processes. The working class are subject and object of this restructuring of people and places and not simply its abject victims." – Tim Butler, King’s College London, UK

"The book challenges the one-sided approach to gentrification research by providing a detailed insight of working class people in gentrified neighbourhoods, being constructed as a collection of stories of the inhabitants of Partick, Glasgow with in-depth analysis and rich empirical data. This work may inspire a richer understanding of the processes of gentrification because of its different approach from the gentrification literature that focuses mostly on the cultural change, consumption patterns and lifestyles of middle class people."
Aysegul Can, University of Sheffield, Urban Studies