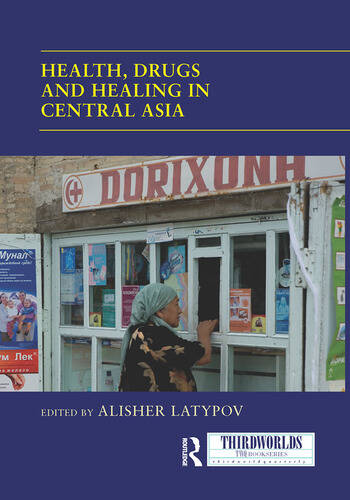 This volume contains five chapters written by American, European and Central Asian scholars, who examine a range of issues critical to our understanding of health and healing in contemporary Central Asia. Grounded in the review of medical literature in Arabic, Persian and Chaghatay Turkic, extensive field work in the Central Asian republics, and the examination of state and Communist Party archival records, this book offers a range of insights and new perspectives on this area.

The chapters of this edited volume survey largely unstudied medical texts produced and circulated in Central Asia from the sixteenth to twentieth centuries, provide a detailed account of the administrative regulation of addiction and Stalinist repression of opium users in Soviet Badakhshan, explore the complex relationships between biomedicine and indigenous healing practices and discourses, and discuss the politics and epidemiology of HIV/AIDS in Central Asia.

This book was published as a special issue of Central Asian Survey.

1. Muslim medical culture in modern Central Asia: a brief note on manuscript sources from the sixteenth to twentieth centuries Devin DeWeese  2. The opium war at the ‘roof of the world’: the ‘elimination’ of addiction in Soviet Badakhshan Alisher Latypov  3. Mentally ill or chosen by spirits? ‘Shamanic illness’ and the revival of Kazakh traditional medicine in post-Soviet Kazakhstan Danuta Penkala-Gawęcka  4. Prohibition, stigma and violence against men who have sex with men: effects on HIV in Central Asia Alisher Latypov, Tim Rhodes and Lucy Reynolds  5. Kyrgyzstan: still a regional ‘pioneer’ in HIV/AIDS or living on its reputation? Svetlana Ancker, Bernd Rechel, Martin McKee and Neil Spicer

Alisher Latypov works as an international consultant on HIV, health and development issues. He completed his doctoral studies at the Wellcome Trust Centre for the History of Medicine at UCL, UK. Dr. Latypov is a member of the editorial boards of the International Journal of Drug Policy and Harm Reduction Journal.