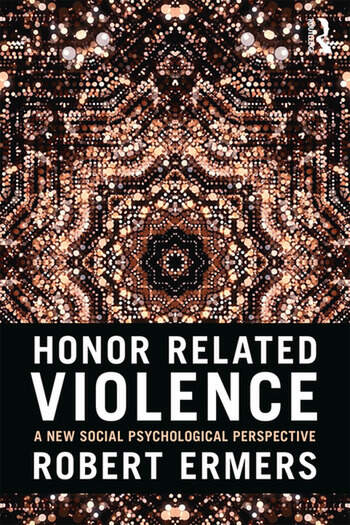 Honor related violence is generally associated with crimes committed by people from the Middle East and adjacent areas. Perpetrators sometimes justify their deeds saying they ‘had to’ restore their honor. Theorists have argued that men from these populations exclusively correlate honor with the behaviour of their womenfolk, which they use as a pretext to further oppress and dominate women. Due to large-scale migration, western societies have become acquainted with honor related violence and honor killings.

In this book, Robert Ermers addresses a number of questions related to honor related violence, including the use of predominantly negative frames regarding the cultural and social background of non-westerners and immigrants. In many publications, including the press, crimes committed by non-western individuals are often attributed to their cultural background rather than specific contexts or circumstances, in contrast to western cases. Vague and insufficiently defined concepts such as ‘honor’ and ‘culture’ strongly contribute to this bias.

Introduction  1. The context of this book 2. Approaches to the study of honor 3. Dishonour and Stigma 4. Violence and stigma 5. Blood revenge 6. Honor killing 7. Conclusions  Index

Robert Ermers is a researcher at Radboud University of Nijmegen, the Netherlands. An arabist and turcologist, his first specialisation was his linguistics PhD (1995). Since 2007 he has written (in Dutch) about honor and honor related violence. He is an experienced and acclaimed trainer and consultant in matters of honor related violence.