Identity and Form in Contemporary Literature 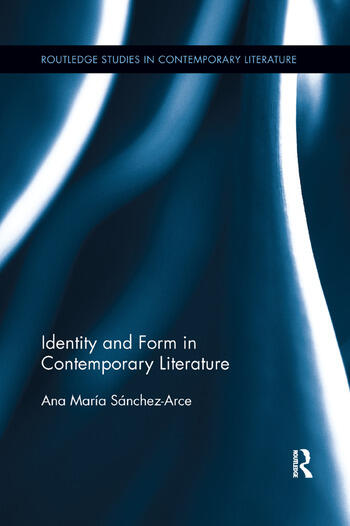 Identity and Form in Contemporary Literature

This ambitious and wide-ranging essay collection analyses how identity and form intersect in twentieth- and twenty-first century literature. It revises and deconstructs the binary oppositions identity-form, content-form and body-mind through discussions of the role of the author in the interpretation of literary texts, the ways in which writers bypass or embrace identity politics and the function of identity and the body in form. Essays tackle these issues from a number of positions, including identity categories such as (dis)ability, gender, race and sexuality, as well as questioning these categories themselves. Essayists look at both identity as form and form as identity.

The book engages with key theoretical approaches to twentieth- and twenty-first century literature of the last twenty years while at the same time advancing new frameworks that enable readers to reconsider the identity and form conundrum. In both its choice of texts and diverse approaches, it will be of interest to those working on English and American Literatures, gender studies, queer studies, disability studies, postcolonial literature, and literature and philosophy.

Identity and Form in Contemporary Literature: An Introduction Ana María Sánchez-Arce Part I: Beyond Identity and Form 1. Official Identity and Clandestine Experience Thomas Docherty 2. "To be engulfed by you": The Pull of Alienation in Narcissistic Narratives of the Sixties Karen Zouaoui 3. Literature in Process: Deleuzian Dynamics in the Fiction of A. L. Kennedy and Toby Litt Lucy Prodgers 4. History's Subjects: Forming the Nation in Andrea Levy’s Small Island Ranu Samantrai Part II: Formal Prescriptions and Identity Politics5. From the "other side": Mimicry and Feminist Rewriting in the Novels of Beryl Bainbridge Huw Marsh 6. Affect and Authorial Performance in Angela Carter’s "Feminist" Fiction Michelle Ryan-Sautour 7. The Role of Jeanette Winterson’s Sexual Identity in the Academic Reception of Her Work Zita Farkas 8. Why Kazuo Ishiguro Is Stuck to the Margins: Formal Identities in Contemporary Literary Interpretations Ana María Sánchez-Arce 9. "Not yet not yet…": Forms of Defiance, Forms of Excess in the Poetry of Alice Oswald Kym Martindale Part III: Physical Forms, Formal Identities 10. The Confessional Other: Identity, Form, Origins in Confessional Poetry Marsha Bryant 11. "Writing the Self into Being": Illness and Identity in Inga Clendinnen’s Tiger’s Eye and Hilary Mantel’s Giving Up the Ghost Amy Prodromou 12. Materiality and Manipulation: Trauma, Narrative and the Body in Anne Enright’s The Gathering Ulrike Tancke 13. Queer Early Modern Temporalities and the Sexual Dystopia of Biography and Patronage in Jeremy Reed’s The Grid Goran Stanivukovic 14. From Virginia’s Sister to Friday’s Silence: Presence, Metaphor, and the Persistence of Disability in Contemporary Writing Stuart Murray