Informal Trade, Gender and the Border Experience
From Political Borders to Social Boundaries 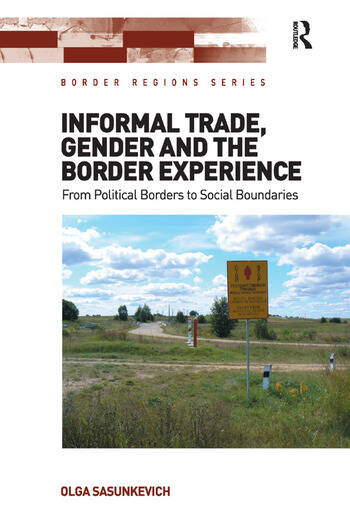 Informal Trade, Gender and the Border Experience: From Political Borders to Social Boundaries

Detailing the history of a well-known phenomenon of post-socialism - cross-border petty trade and smuggling - as the history of a practice in daily life from a gendered perspective, this book considers how changes in these practices in a particular border region, between Belarus and Lithuania, have been accompanied, and to some extent provoked, by changes in the border regime. It looks at how the selective openness of the Belarus-Lithuania border worked during different periods over the last twenty years and how it influenced the involvement of different social groups in shuttle trade practices. Foremost, this book considers how political borders implement and/or intensify social boundaries and suggests that the selective openness of political borders, a prerequisite for the existence of female shuttle trade activities, is primarily built upon people’s social characteristics. However, it claims that what can be seen as the grounds for growing inequality at a global level, at a local one may have an important resourceful meaning for various social groups including those usually perceived as disadvantaged, such as widowed female retirees or unemployed single women with children.

Olga Sasunkevich is a lecturer at the Department of Media and executive co-director of the Center for Gender Studies at the European Humanities University, Vilnius, Lithuania.

’This book allows us to enter into a new (micro) world to discover the hidden dynamics of the female informal economy, bringing about a so-far neglected gender perspective on post-socialist borders. It not only sheds light on why women resort to informal and cross-border trade and how this is determined by gender segregation of formal and informal labour markets but also, through its in-depth ethnography, allows us to appreciate to what extent these activities are embedded into women's daily life practices.’ Abel Polese, Tallinn University, Estonia ’Olga Sasunkevich has written a well-researched, theoretically grounded, and thorough book, which is a must-read for everyone who seeks to understand the changing nature of post-Cold War borders in Eastern Europe. This micro-study of shuttle trade in the small Belarusian town of AÅ¡mjany, based on oral history interviews and long-term participant observation, gives readers an enlightening glimpse into the recent history of the Belarusian-Lithuanian border from the collapse of the Soviet Union to the 2007 enlargement of the Schengen Area. Her book is feminist in the truest sense: it gives agency and human dignity to women involved in cross-border trade, demonstrating that what is at stake is not merely self-exploitation, but also personal empowerment.’ Tatiana Zhurzhenko, IWM - Institute for Human Sciences, Austria