Integrating Knowledge Through Interdisciplinary Research
Problems of Theory and Practice 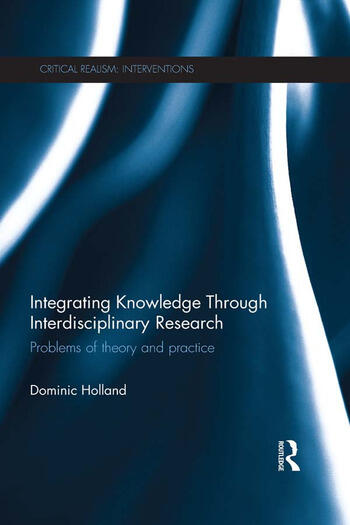 Integrating Knowledge Through Interdisciplinary Research: Problems of Theory and Practice

In this important new text, Holland seeks to explain, by means of social scientific and philosophical inquiry, the difficulties that researchers often experience when attempting to integrate knowledge from different academic disciplines, either individually or as part of a team of subject specialists. It is argued that the difficulty of integrating knowledge from different academic disciplines is the result of, firstly, an inadequate justification of the nature of scientific integration and differentiation and, secondly, the dominance of disciplinary specialization in scientific inquiry.

By focusing on both the theoretical justification for, and the practical feasibility of, integrating knowledge through interdisciplinary research, this book asks what properties of reality make the integration of knowledge from different academic disciplines possible and to what extent it is feasible to integrate knowledge through interdisciplinary research within a traditional, disciplinary context. Accordingly the text is both philosophical and social scientific in content: philosophical in the sense that it presents a theory of causal determination, which will help researchers to understand how reality is both differentiated and interconnected; social scientific in the sense that it presents the results of three case studies of collaborative interdisciplinary research projects.

This book is essential reading for students and academics interested in the emerging topic of knowledge integration and interdisciplinarity.

Dominic Holland holds a PhD from the Department of Politics at the University of Sheffield, where he has taught philosophy of social science, political analysis and social research methods.

"this is an excellent book which will be enlightening for postgraduates interested in interdisciplinary research in political economy, although its central thesis is relevant to all of the social sciences. Of particular merit is Holland’s re-interpretation of the work of several key political economy thinkers in terms of critical realism. Holland also provides an interesting record of the struggles experienced by practitioners of interdisciplinarity — struggles that an engagement with critical realism would largely eradicate." — Leigh Price, Rhodes University, South Africa/ University College London