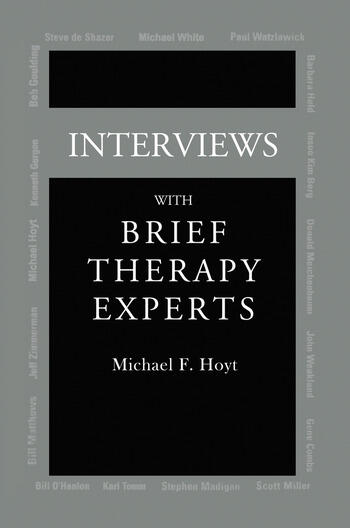 First published in 2001. Routledge is an imprint of Taylor & Francis, an informa company.

"The unifying themes of these conversations are a concern with the potential of psychotherapy to dehumanize and demoralize through the use of pathologically based language and an awareness of how the intrinsic power imbalance in the therapeutic relationship may lead to the imposition of agendas that are inconsistent with a client's goals." -- Psychiatric Services
"Twelve interviews with psychotherapists address the technical, theoretical and ethical aspects of their craft." -- SciTech Book News