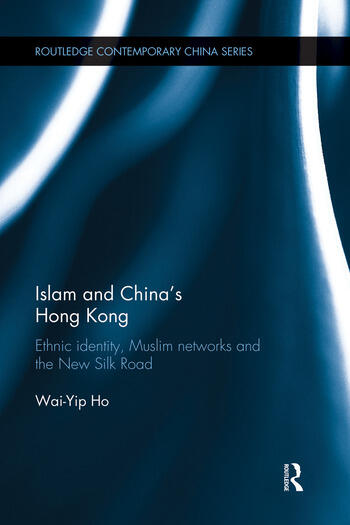 Hong Kong is a global city-state under the sovereignty of the People’s Republic of China, and is home to around 250,000 Muslims practicing Islam. However existing studies of the Muslim-majority communities in Asia and the Northwest China largely ignore the Muslim community in Hong Kong. Islam and China’s Hong Kong skillfully fills this gap, and investigates how ethnic and Chinese-speaking Muslims negotiate their identities and the increasing public attention to Islam in Hong Kong.

Examining a range of issues and challenges facing Muslims in Hong Kong, this book focuses on the three different diasporic Muslim communities and reveals the city-state’s triple Islamic heritage and distinctive Islamic culture. It begins with the transition from the colonial to the post-colonial era, and explores how this has impacted on the experiences of the Muslim diaspora, and the ways this shift has compelled the community to adapt to Chinese nationalism whilst forging greater links with the Gulf. Then with reference to the rise of new media and technology, the book examines the heightened presence of Islam in the Chinese public sphere, alongside the emergence of Chinese Islamic websites which have sought to balance transnational Muslim solidarity and sensitivity towards Chinese government’s concern of external extremism. Finally, it concludes by investigating Hong Kong’s growing awareness of the Muslim minorities’ demands for Islamic religious education, and how this links with the city-state’s aspiration to become the new gateway for Islamic finance. Indeed, Wai Yip Ho posits that Hong Kong is now shifting from its role as the broker that bridged East and West during the Cold War, to that of a new meditator between China and the Middle East.

Drawing on extensive ethnographic research, this book thoughtfully charts a new area of inquiry, and as such will be welcomed by students and scholars of Chinese studies, Islamic studies, Asian studies and ethnicity studies.

Wai-Yip Ho is an Assistant Professor at the Department of Social Sciences, Hong Kong Institute of Education.

‘Wai Yip Ho skilfully presents a wealth of information on a subject that is little-known but will become increasingly important. Reviewing the many aspects of Muslim life in Hong Kong, he provides a rich and sensitive ethnography of the South Asian, Southeast Asian and Chinese Hui communities there. In a marvellously grounded way, Islam and China’s Hong Kong is instructive of the ways in which traditional institutions such as Islamic schooling and new media such as Islamic websites adapt to local realities while remaining attached to broader pan-Islamic concerns. For anyone interested in modern Islam or Asia, this work is essential for considering a future where Hong Kong’s Muslim minority can serve as a valuable interlocutor between the Asian superpower and the Muslim world.’ - James Piscatori, Professor of International Relations, Head of the School of Government and International Affairs, Durham University, Co-author of Muslim Politics

'This book tells a fascinating story of the historical emergence of Islam in Hong Kong and how this Hong Kong Islam is transforming itself into a new Islam hub linking Middle East and Far East. Researchers and students who are interested in Hong Kong, China, Islamic Studies, and Globalization should find this book indispensable." - Alvin Y. So, Chair Professor of Social Science, Hong Kong University of Science & Technology, Co-editor of Handbook of Contemporary China

‘Wai-Yip Ho’s Islam and China’s Hong Kong, based on more than a decade of ongoing research among Hong Kong’s three major Muslim groups (Hui immigrants from other regions of China, South Asians originally settled by the British, and more recent Indonesian women domestic workers), masterfully combines illuminating ethnographic insights into the history and cultural particularities of each group with his guiding focus on those wider Chinese and global developments—at once economic, political, and cultural—that are distinctively shaping the lives of these communities today. His insightful, multi-faceted analysis highlights the ongoing role of Hong Kong as a unique bridge between China and wider global developments (such as Middle Eastern finance, or massive economic emigration), and as a revealing test-case for tackling the political and social challenges of increasingly multi-cultural polities, while memorably portraying the creative individual and local communal responses of Hong Kong’s Muslims to those broader transformations.’ - James W. Morris, Professor of Islamic Studies, Boston College, Author of Orientations: Islamic Thought in a World Civilisation

"Islam and China's Hong Kong is an academic text with a great many citations, statistics and records of interviews." - Peter Gordon; The Asian Review of Books 2013.