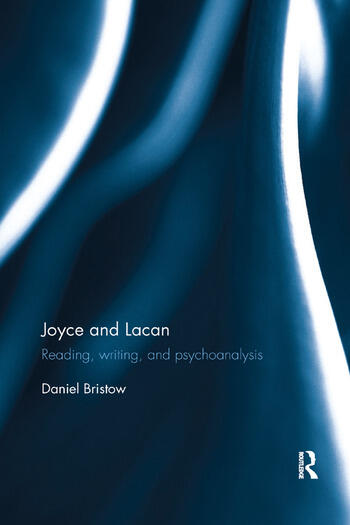 This is what Joyce and Lacan explores, in the three closely interrelated areas of reading, writing, and psychoanalysis, by delving into Joyce’s own relationship with psychoanalysis in his lifetime. The book concentrates primarily on his last text, Finnegans Wake, the notorious difficulty of which arises from its challenging the intellect itself, and our own processes of reading. As well as the centrality of the Wake, concepts of Joycean ontology, sanity, singularity, and sexuality are excavated from sustained analysis of his earliest writings onward.

To be ‘post-Joycean’, as Lacan describes it, means then to be in the wake not only of Joyce, but also of Lacan’s interventions on the Irish writer made in the mid-70s. It was this encounter that gave rise to concepts that have gained currency in today’s psychoanalytic theory and practice, and importance in wider critical contexts. The notions of the sinthome, lalangue, and Lacan’s use of topology and knot theory are explored within, as well as new theories being launched.

The book will be of interest to psychoanalysts, literary theorists, and students and teachers of literature, theory, or the works of Joyce and Lacan.

1. James Joyce, In and Out of Analysis  2. Was Joyce Mad? Not by a Transparent Sheet…  3. From Joyce-the-Symptom to the Sinthome  4. Joyce’s Knots: Death and Sex Before the Wake  5. Waking the Read: The Indelible Sigla of Finnegans Wake  6. The Object Meaning Raised to the Dignity of the Thing

Daniel Bristow received his doctorate from the University of Manchester in 2014. His writing is widely published and covers a range of topics in literature, theory, and psychoanalysis. He is co-founder of the Everyday Analysis Collective.

Daniel Bristow’s book is a fresh and most inspiring engagement with Jacques Lacan’s late theory, particularly with his reading of Joyce, and of several concepts resulting from this reading. Bristow takes us through this famously difficult material with great lucidity and erudition, as well as – perhaps most importantly – a very clear idea of where he wants to lead us, conceptually, as well as politically. — Alenka Zupančič