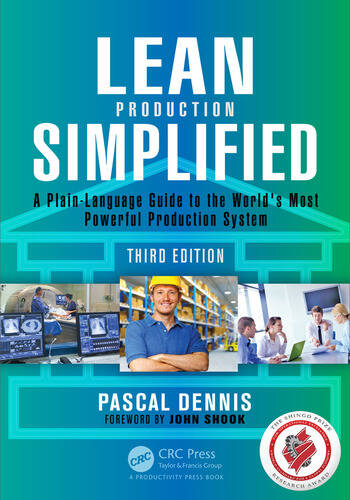 Lean Production Simplified: A Plain-Language Guide to the World's Most Powerful Production System

Following in the tradition of its Shingo Prize-winning predecessors, Lean Production Simplified, Third Edition gives a clear overview of the structure and tools of the Lean production system. Written for the practitioner by a practitioner, it delivers a comprehensive insider's view of Lean management.

The author helps readers grasp the system as a whole, as well as the factors that animate it, by organizing the book around an image of a house of Lean production. Illustrating the eight kinds of waste, this updated edition of a bestseller:

This edition deepens and extends the previous edition with case studies on Lean outside the factory—in settings such as health care, IT, finance, design, engineering, and beyond. The case studies are based on personal experience of actual work in organizations generating real results.

Lean Production Simplified, Third Edition covers each of the components of Lean within the context of the Lean production system. The author's straightforward common sense approach makes this book an easily accessible, on-the-floor resource for every team member.

Appendix A: Glossary
Appendix B: Bibliography

Pascal Dennis is President of Lean Pathways, an international coaching team. He is the author of four previous books on Lean management, all of which have won the prestigious Shingo Prize for outstanding research in the field of operational excellence. Pascal and his team have worked with major healthcare systems like Inova Health System, Baptist Memorial Healthcare Corporation, Health Sciences North and Salem Health, as well as Fortune 100 companies like Kimberly Clark and Lockheed Martin.

Pascal learned the Toyota business system in leadership positions at Toyota Motor Manufacturing Canada, one of Toyota’s best plants, and has worked with leading senseis in North America and Japan.

Pascal lives in Toronto with his wife and three children.

"There is a need for a book exactly like this, and Pascal has the experience, knowledge, and passion to write it. Pascal Dennis is one of many Westerners who, during the past 20 years, have gained firsthand experience with ‘Lean production’ or the Toyota Production System (TPS). At Toyota Motor Manufacturing Canada, one of Toyota’s early and successful efforts to transplant TPS outside the confines of Toyota City in Japan, Pascal received personalized mentoring from his trainer from Toyota City about each of the processes, systems, and philosophies explained in this book."
—John Shook, Senior Advisor, Lean Enterprise Institute; President, TWI Network, Inc., Ann Arbor, Michigan, USA

"Lean Production Simplified is both enlightening and informative for all levels of ‘Lean learners.’ It is written from a very human perspective. Many prior publications focus on the ‘Lean bag of tools’ or the softer cultural aspects of Lean. Dennis' contribution is a well integrated blend of both giving the reader not only a systemic understanding of Lean, but also the clear skill development required for leadership at all levels. Wherever you are on your journey to Lean, Lean Production Simplified will provide further knowledge and insight to help achieve the next level on the eternal path to perfection."
—Anne Stevens, VP, North America Vehicle Operations, Ford Motor Company

"This book is just too important! In this age of global competition threatening to annihilate all but the very Leanest, Pascal Dennis' masterwork, Lean Production Simplified: A Plain-Language Guide to the World's Most Powerful Production System, is a must-read. Midway through my career, after working at five large North American manufacturing companies, it's absolutely crystal clear that the three which ‘died’ would have survived if only they'd known of and successfully implemented The Toyota Production System."
—Michael A. J. Davis, Executive VP, Waterville TG, Inc.

"Lean Production Simplified goes beyond being a ‘primer’ for the Toyota Production System - it is ‘Lean thinking’ at its best, revealed and explained. Pascal Dennis has drawn from his own experience at Toyota to help the reader understand the meaning behind their language of success, with the why's and how's explained clearly with illustrations that include the very forms used to collect and organize data. Be prepared to have your continuous improvement/people skills honed to a higher level. Whether you're a CEO, president, vice president, manager, supervisor, leader, engineer, HR specialist, employee, or a private owner, Lean Production Simplified is not a book you will read once. It's a book you will read once and then use as a reference book to read and re-read again and again, as its content is absorbed into your area of influence."
—Bob Schroer, Lean Change Agent, Lexington, Ohio 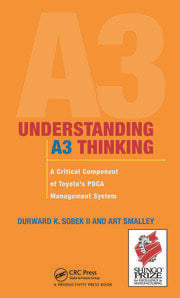 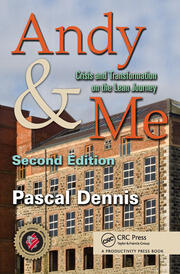