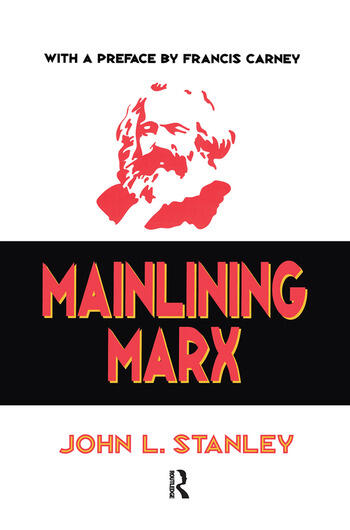 In recent years a host of Western Marxists have tried to emancipate Marx from responsibility for various unsavory doctrines. Political theorists have argued that Marx can avoid the weight of Stalinism and also the various theories, such as positivism, naturalism, Darwinism, technological determinism and the dialectics of nature that support Marxism. In the course of building up their defense of Marx, these modern critics have developed an elaborate but often confusing rationale whose premise consists of attributing many of the nefarious tendencies of Marxism to Engels, particularly the latter's philosophy of nature. In Mainlining Marx, John L. Stanley sets Marx's view of nature back in its proper perspective.

Stanley challenges the "new orthodoxy" of prominent Marxist scholars who see a fundamental dichotomy between Marx and Engels with the latter believing in cosmic superlaws and the former adhering to historically grounded ones. Stanley argues both Marx and Engels used historical and transhistorical laws at various times. He is highly critical of those who abstract theoretical principles out of texts Marx wrote with specific and historical political goals in mind. He takes issue, as well, with critics who posit a Marxian belief in communist as against natural needs, and further challenges the new orthodoxy in his analysis of Marx's dissertation, showing that from the beginning Marx's thought was grounded in materialist determinism.

Supplementing the chapters on Marx and his critics, the volume concludes with an essay on Georges Sorel's approach to textual analysis and interpretation, showing how Sorel, far in advance of his time realized the impossibility of completely objective analysis and the inevitable distortion of the subject under study.

Throughout this volume, Stanley's critical approach utilizes Sorel's illuminating insights to point out the distortions in modern Marxian analysis. Challenging and original, Mainlining Marx is a major contribution to the study of Marxism. It will be read by economists, political scientists, and intellectual historians.