Race, Power, and the Obama Legacy 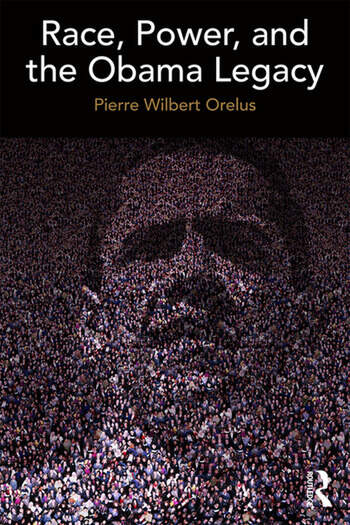 Race, Power, and the Obama Legacy

This book critically examines Obama’s presidency and legacy, especially in regard to race, inequality, education, and political power. Orelus depicts an “interest convergence factor” that led many White liberals and the corporate media to help Obama get elected in 2008 and 2012. He assesses Obama’s political accomplishments, including parts of his domestic policies that support gay rights and equal pay for women. Special attention is given to Obama’s educational policies, like Race to the Top, and the effects of such policies on both the learning and academic outcome of students, particularly linguistically and culturally diverse students. In a race and power framework, Orelus relates domestic policies to the effects of Obama’s foreign policies on the lives of people in poorer countries, especially where innocent children and women have been killed by war and drone strikes authorized by Obama’s administration. The author invites readers to question and transcend the historical symbolism of Obama’s political victory in an effort to carefully examine and critique his actions as reflected through both his domestic and foreign policies.

Foreword by Mike Cole Introduction by Curry Malott 1. Race, Power, Obama’s Presidency and Legacy 2. Obama Dancing with Voucher Capitalism and White Hegemony 3. Obama Caught at the Crossroad of Black Masculinity and White Patriarchy 4. Obama: A Black Face of the US Imperialist and Neocolonial Power? 5. Obama Trapped in Professor Luis Gates’s and Sgt. Crowley’s Racial Storm 6. Beyond Obama's Historical Symbolism: A Conversation with Eduardo Bonilla-Silva 7. Obama’s Foreign Policy and Its Implications for His legacy Afterword by Paul R. Carr

Pierre Wilbert Orelus is Associate Professor of Curriculum and Instruction at New Mexico State University. He has received several awards, including the Exceptional Achievements in Creative Scholarly Activity (2013) award. Professor Orelus’ most recent books include: On Language, Democracy, and Social Justice: Noam Chomsky’s Critical Intervention (with Noam Chomsky, 2014) and Affirming Language Diversity in Schools and Society: Beyond Linguistic Apartheid (2014).

"Pierre Orelus has written an insightful, far-reaching and highly significant critique of the presidency of the first African-American to hold the office in the USA."

, co-author of The Phenomenon of Obama and the Agenda for Education

"Pierre Orelus provides a compelling indictment of the Obama years with respect to both domestic and foreign policy."

"Pierre Orelus' important book, Race, Power, and the Obama Legacy, offers a detailed challenge to the many false assumptions surrounding Obama. Not only does he provide the necessary evidence to counter the notion that institutional racism has been eradicated, but he connects racism to capitalism."

"Orelus' courageous new book is an important analysis, a must-read for educators and concerned citizens worldwide who wish to defeat the plague of racism and the brutality of capitalism in the interests of bringing forth a new social universe animated by social justice and true equality."