Racism and the Olympics 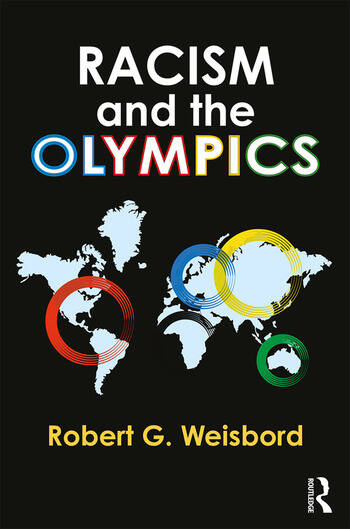 Racism and the Olympics

Sports are the opiate of the people, particularly in the United States, Europe, and parts of South America. Globally, billions of fans feverishly focus on the summer and winter Olympics. In theory, international fraternalism is boosted by these "friendly competitions," but often national rivalries eclipse the theoretical amity. How the Olympics have dealt with racism over the years offers a window to better understanding these dynamics.  Since their revival in 1896, the modern Olympics were periodically agitated by political and moral conundrums. Racial tensions, the topic of this volume, reached their apex under the polarizing presidency of Avery Brundage. Race in sports cannot be disentangled from societal problems, nor can race or sports be fully understood separately. Racial conflict must be contextualized. Racism and the Olympics explores the racial landscape against which a number of major disputes evolved. The book covers various topics and events in history that portray discrimination within Olympic games, such as the Nazi games of 1936, the black American protest on the victory stand in Mexico City's Olympics, as well as international political forces that removed South Africa and Rhodesia from the Olympics. Robert G. Weisbord considers the role of international politics and the criteria that should be used to determine nations that are selected to take part in and serve as venues for the Olympic Games.

Acknowledgments. Introduction. 1 A Case of Amnesia: Racism and the 1932 Los Angeles Olympics. 2 Jews, Blacks, and the 1936 Nazi Olympics. 3 The 1940 Winter Olympics: The Games That Never Happened—Politics, Morality, and Sports. 4 Racism and the Olympics: Black Protest at the 1968 Mexico City Games. 5 Apartheid and the Expulsion of South Africa from the Olympics. 6 UDI and the Expulsion of Rhodesia from the Olympic Movement. 7 Aftermath: Outlaw Nations as Olympic Hosts—Gays and Others as Targets of Discrimination. Bibliography. Index.

Robert G. Weisbord is Professor Emeritus at the University of Rhode Island. He is the author of six books and several articles on issues of racism in sports, black Americans, African history, and Jewish history.

Professor Robert Weisbord’s Racism and the Olympics is a must read for anyone interested in the politics of international sport. If you are not interested in that because you do not think there is politics in sport, then it is a must, must read because everyone should know the reality. As someone who was an actor himself in the struggle for rights for African-American athletes and in the anti-apartheid sports boycott of a racist South Africa, I can tell you that Professor Weisbord has captured the events with precision and gives us the context and a broad understanding of it all. As someone who has written about the Nazi Olympics, I can verify he has done the same for the shameful period, especially the role of IOC President Avery Brundage. This is an important book on an important on an important subject.
Richard Lapchick, University of Central Florida; director, Institute for Diversity and Ethics in Sport; director, National Consortium for Academics and Sports.

[T]he book serves as a selective history of international racism, as much as a history of racism and the Olympics. Weisbord artfully demonstrates the brutality of humanity and how it flows into sport, specifically the Olympic Games…well-written and extensively researched.
Susan J. Rayl, Journal of Sport History