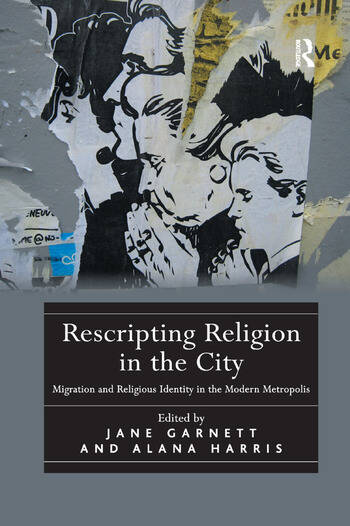 Rescripting Religion in the City: Migration and Religious Identity in the Modern Metropolis

Rescripting Religion in the City explores the role of faith and religious practices as strategies for understanding and negotiating the migratory experience. Leading international scholars draw on case studies of urban settings in the global north and south. Presenting a nuanced understanding of the religious identities of migrants within the 'modern metropolis' this book makes a significant contribution to fields as diverse as twentieth-century immigration history, the sociology of religion and migration studies, as well as historical and urban geography and practical theology.

Jane Garnett is a Fellow and Tutor in History at Wadham College, Oxford and Alana Harris works in the History Department at King's College London where she teaches modern British history, specialising in social and cultural history and the history of London. They have previously successfully collaborated as co-authors/editors (with M. Grimley, W. Whyte and S. Williams) on Redefining Christian Britain: Post-1945 Perspectives (2007).

’This is a boundary-crossing book in every sense. Its rich and varied studies shake up our categories of migrant and host, crosser and dweller, home and away. It continually crosses back and forth across disciplinary lines. And it gathers together topics often sealed off from one another: religion and migration, space and place, multiculturalism and public policy.’ Linda Woodhead, Lancaster University, UK ’Rescripting Religion in the City is a wide-ranging, multi-disciplinary exploration that offers novel and fruitful idioms to understand the diverse ways in which migrants draw from their religious traditions to construct identities, map out spaces of livelihood, and engage with the state and civil society in the late-modern city.’ Manuel A. Vasquez, University of Florida, USA '... the book provides a rich mine of information and innovative analyses.' Journal of Contemporary Religion