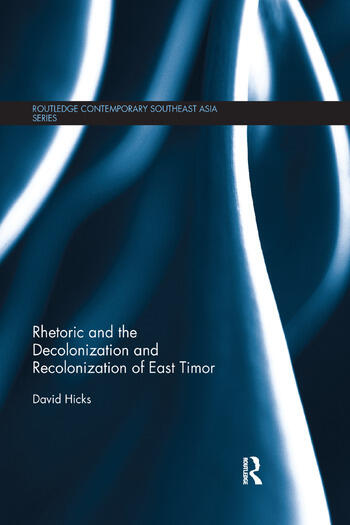 By the end of the 1960s the process of decolonization had practically run its course in Southeast Asia. One exception, however, was tiny Portuguese Timor, where notions of self-determination and independence had yet to be generated. In 1974, the Carnation Revolution in Portugal brought about the end of fifty years of dictatorship, and halfway around the world, presented a new opportunity to a small, ambitious proportion of the Timorese population, eager to shape the future of their country.

This book presents a compelling and original perspective on the critical period of 1974-1975 in the history of East Timor. It describes how the language of politics helped to shape the events that brought about the decolonization of Portuguese Timor, its brief independence as The Democratic Republic of East Timor, and its recolonization by an Asian neighbour. Further, it challenges the idea that this period of history was infused by the spirit of nationalism in which the majority Timorese partook, and which contended with other competing western –isms, including colonialism, communism, neo-colonialism, and fascism. In contrast, the book argues that the Timorese majority had little understanding of any of these alien political abstractions and that the period can be most effectively explained and understood in terms of the contrast between the political culture of Dili, the capital, and the political culture of the rest of the country. In turn, David Hicks highlights how the period of 1974-1975 can offer lessons to government and international policy-makers alike who are trying to bring about a transformation in governance from the traditional to the legal and convert individuals from peasants to citizens.

The result of extensive fieldwork and interviews, this book will be of interest to students and scholars of Southeast Asian studies, international relations, post-conflict studies and post-colonial studies.