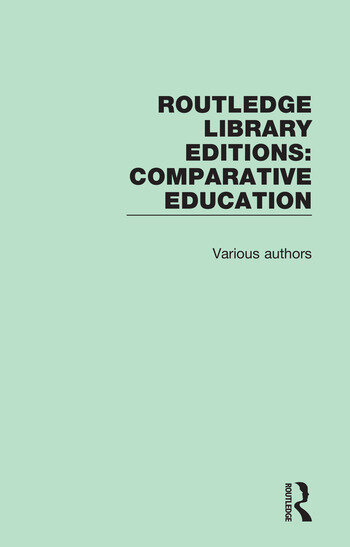 Reissuing works originally published between 1962 and 1995, this collection is made up of volumes that examine insights and data from the practises and situation in one country or area when considering educational practice elsewhere. Many important educational questions are examined from this international and comparative perspective in these volumes. Countries represented here include Russia, the Caribbean, Latin America, Australia and New Zealand, China, France, Japan, Israel, Italy, Germany, the United Kingdom and the United States. Many of the volumes look at the whole area of comparative education and its methods and theories, while one looks at the Unesco literacy program.

2. Education in Central America and the Caribbean / edited by Colin Brock and Donald Clarkson

11. Education in a Small Democracy: New Zealand / Ian A. McLaren