Shanghai Expo
An International Forum on the Future of Cities 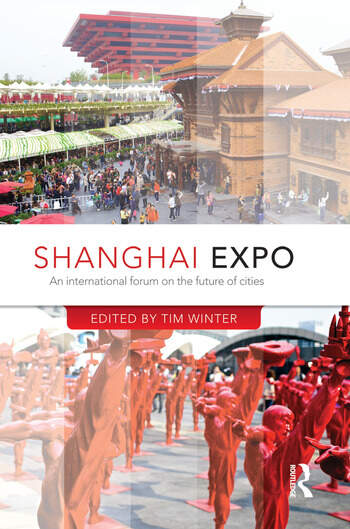 Shanghai Expo: An International Forum on the Future of Cities

In 2010 Shanghai hosted the largest, most spectacular and most expensive expo ever. Attracting a staggering 73 million visitors, and costing around US$45 billion dollars, Shanghai Expo broke the records in the history of world's fairs and universal expositions. With more than half of the world’s population now living in cities, many of which face uncertain futures, this mega event confronted some of the key challenges facing humanity in the 21st Century, with its theme Better City, Better Life. Just two years after the Beijing Olympics, Shanghai Expo encapsulated a moment in history defined by China’s rise as a global superpower, and by the multiple challenges associated with developing more sustainable cities.

The thirteen essays here, written by a team of interdisciplinary researchers, offer a uniquely detailed analysis of this globally significant event. Chapters examine displays of futurity and utopia, the limitations of inter-cultural dialogue, and the ways in which this mega-event reflected its geo-political and cultural moment. Shanghai Expo also concentrates on the interplay between declarations towards urban sustainability, and the recent economic, demographic and socio-political trajectories of Shanghai and China more broadly.

1. A Forum on the Futures of Cities by Tim Winter  Part One: In Context  2. Shanghai 2010, in a Tradition of Mega Events, Nation-building and Modernity by Tim Winter  3. I Wish I Knew: Comprehending China’s Cultural Reform by Hilary Hongjin He  4. Better City, Better Life? Visioning a Sustainable Shanghai by Cameron McAuliffe  5. On Expo’s Hinterlands, Extrastatecraft and Migrant Workers by Brett Neilson  6. The ‘Economic Olympics’? Shanghai 2010 after Beijing 2008 by David Rowe  Part Two: Encounter  7. On Display: The State of the World by Ien Ang  8. Ordinary City, Ordinary Life: Off the Expo Map by Willem Paling  9. Cultural Exotica: From the Colonial to Global in World’s Fairs by Tim Winter  10. Culture, Nation and Technology: Immersive Media and the Saudi Arabia Pavilion by Hart Cohen  11. Tracing the Future: Child’s play and the Free Fall of Imagination by Scott East  12. Video Assemblages of Shanghai by Juan Salazar  13. Afterword by Tony Bennett.  Bibliography.  Index

Tim Winter is Senior Research Fellow at the Institute for Culture and Society, University of Western Sydney, Australia. He has published widely on heritage, development, modernity and tourism in Asia. He is currently working on a book on the history of world's fairs.