Silence in Middle Eastern and Western Thought
The Radical Unspoken 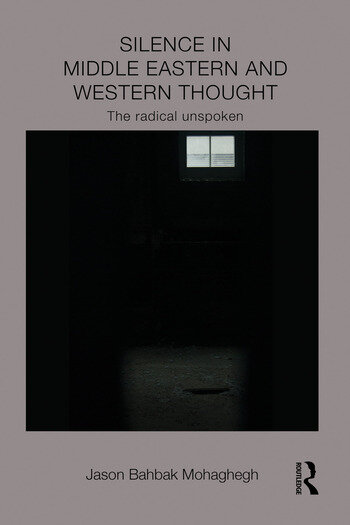 Silence in Middle Eastern and Western Thought: The Radical Unspoken

Presenting an engaging reflection on the work of prominent modern Iranian literary artists in exchange with contemporary Continental literary criticism and philosophy, this book tracks the idea of silence – through the prism of poetics, dreaming, movement, and the body – across the textual imaginations of both Western and Middle Eastern authors. Through this comparative nexus, it explores the overriding relevance of silence in modern thought, relating the single concept of "the radical unspoken" to the multiple registers of critical theory and postcolonial writing.

Providing comparative criticism that traces some of the most compelling intersections and divergences between Western and Middle Eastern thought, this book is of interest to academics of modern Persian literature, postcolonial studies, Continental philosophy, and Middle Eastern studies.

‘Displaying an enviable intimacy with French thought on the one hand (Deleuze, Foucault, Blanchot) and twentieth-century Iranian poetics on the other, the author manages to do something quite extraordinary: from a non-Western perspective, he radically calls into question the time and place of the ‘postmodern’. If ever there is a book to make names of modern Persian literature such as Akhavan, Nima, Shamlu and Hedayat as familiar as Bataille and Guattari, it will be this one.’

‘To call this work a tour de force is accurate but also unfaithful to the very tone and flesh of Mohaghegh's arguments, which resist facile syntheses and idle submission to the idol of difference. He instead begins and remains with silence and productively dwells in its Continental and Middle-Eastern trenches...Rebuking univocity, each silence defies a border. Committed with these thinkers to resisting the bordered self and imperial lines of demarcation, through a careful, learned, and unique reading of these texts, Mohaghegh assembles a paradoxical poetic unison not across borders but to cross out the very notion of borders.’