Social Change Theories in Motion
Explaining the Past, Understanding the Present, Envisioning the Future 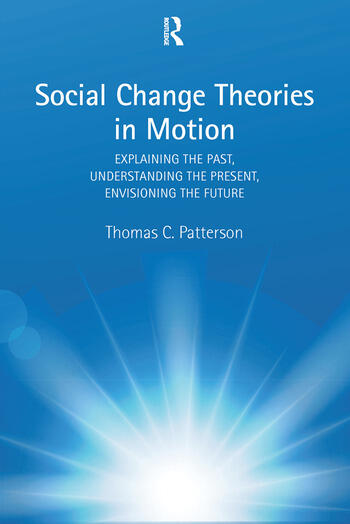 Social Change Theories in Motion: Explaining the Past, Understanding the Present, Envisioning the Future

This book assesses how theorists explained processes of change set in motion by the rise of capitalism. It situates them in the milieu in which they wrote. They were never neutral observers standing outside the conditions they were trying to explain. Their arguments were responses to those circumstances and to the views of others commentators, living and dead. Some repeated earlier views; others built on those perspectives; a few changed the way we think. While surveying earlier writers, the author’s primary concerns are theorists who sought to explain industrialization, imperialism, and the consolidation of nation-states after 1840. Marx, Durkheim, and Weber still shape our understandings of the past, present, and future. Patterson focuses on explanations of the unsettled conditions that crystallized in the 1910s and still persist: the rise of socialist states, anti-colonial movements, prolonged economic crises, and almost continuous war. After 1945, theorists in capitalist countries, influenced by Cold War politics, saw social change in terms of economic growth, progress, and modernization; their contemporaries elsewhere wrote about underdevelopment, dependency, or uneven development. In the 1980s, theorists of postmodernity, neoliberalism, globalization, innovations in communications technologies, and post-socialism argued that they rendered earlier accounts insufficient. Others saw them as manifestations of a new imperialism, capitalist accumulation on a global scale, environmental crises, and nationalist populism.

Chapter 1. The Language of Change: Motion in Time

Chapter 3: Imperialism and the National, Colonial, and Agrarian Questions, 1890-1929

Thomas C. Patterson is Distinguished Professor of Anthropology Emeritus at the University of California, Riverside, and the author of a number of books, including Karl Marx, Anthropologist; From Acorns to Warehouses: The Historical Political Economy of Southern California’s Inland Empire, and Inventing Western Civilization.

This book is a valuable explanation and critique of explanations of social change in the last three centuries. The theme is how power influences, and is influenced by, theories of social change – a fascinating angle for examining the structural changes that have occurred in the modern world-system since the 18th century. **
Christopher Chase-Dunn, Institute for Research on World-Systems, University of California, Riverside

For the past five decades, Tom Patterson has been one of the most stimulating and original thinkers in the field of anthropology.  This excellent book reflects such exciting thinking, as it critically examines many of the explanations for global change that have been advanced in the last two centuries.  Moreover, it can be profitably read not only by anthropologists but by all social scientists.
Jeremy A. Sabloff, Santa Fe Institute

Tom Patterson makes today’s crises more intelligible by taking a long-term perspective, exploring how social theorists with different ideological orientations diagnosed the changes that capitalism produced in their own eras. Supremely lucid and richly contextualised accounts of ideas and debates provide readers with a truly worldwide vision of modern history, combined with the strongest intellectual incentives to continue thinking not only about how to understand our world but also about how to change it.
John Gledhill, FBA, FAcSS, Emeritus Professor of Social Anthropology, The University of Manchester

In this far-ranging and erudite work, Patterson carries out a dialogue among a wide array of theorists within the Marxian and social science traditions, from Rousseau and Smith to Marx, and from Weber and Luxemburg to Fanon and Foucault. Throughout, he considers not only Western Europe and North America, but also theories and theorists connected to the Global South and to agrarian societies. Far from a history of social thought for its own sake, Social Change Theories in Motion speaks to a twenty-first century world riven by economic, social, and cultural crisis.
Kevin B. Anderson, University of California, Santa Barbara

This book is a welcome, timely contribution to our collective understandings of what can be learned from by placing key theorists of social change in relationship to the historical conjunctures that they were observing and analyzing. As such the book is a reminder and guide for how to think about and speak to the contemporary crises and efforts to erase historical memories of critique.
Nina Glick Schiller, Emeritus Professor, Social Anthropology, University of Manchester and the University of New Hampshire.