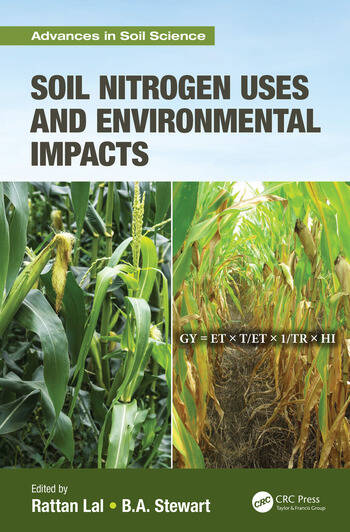 Nitrogen (N) is potentially one of the most complex elements on the Earth. It is necessary for all biological activity, but creates negative impacts on water and air quality. There is a balancing act between deficiency and surplus and the forms of N available further complicate our understanding of the dynamics. Biological fixation provides some plants with N supply while others are totally dependent upon N being available in the soil profile for the roots to extract. Nevertheless, the demand for N will increase because the human population with its increasing growth requires more protein and thus more N. Understanding the global N cycle is imperative to meeting current and future nitrogen demands while decreasing environmental impacts.

This book discusses availability, production, and recycling of N in air, water, plants, and soils. It features information on N impacts to soil and water quality, management of N in agroecosystems, and techniques to maximize the use efficiency while minimizing the risks of leakage of reactive N into the environment.

This volume in the Advances in Soil Science series is specifically devoted to availability, production, and recycling of N with impact on climate change and water quality, and management of N in agroecosystems in the context of maximizing the use efficiency and minimizing the risks of leakage of reactive N (NO-3, N¬2O) into the environment.

to Measure the Fixation Capacity

The Role of Nitrogen Stable Isotopes to Investigate Soil Nitrogen

Transformations and Cycling in Agricultural Systems

on the Canadian Prairies

Nitrogen Balances and Nitrogen Use Efficiency in the Nordic Countries

Efficient Nitrogen Management in the Tropics and Subtropics

Formulations of Slow Release Fertilizers for Enhancing N Use Efficiency

Rattan Lal, Ph.D., is a Distinguished University Professor of Soil Science and Director of the

Carbon Management and Sequestration Center, The Ohio State University, and an Adjunct Professor

at the University of Iceland. His current research focus is on climate-resilient agriculture, soil carbon

sequestration, sustainable intensification, enhancing use efficiency of agroecosystems, and sustainable

management of soil resources of the tropics. He received honorary degrees of Doctor of Science

of Soil Science. He was a member of the Federal Advisory Committee on U.S. National Assessment

of Climate Change-NCADAC (2010–2013), member of the SERDP Scientific Advisory Board of

the US-DOE (2011–), Senior Science Advisor to the Global Soil Forum of Institute for Advanced

Sustainability Studies, Potsdam, Germany (2010–), member of the Advisory Board of Joint Program

Initiative of Agriculture, Food Security and Climate Change (FACCE-JPI) of the European Union

(2013–), and Chair of the Advisory Board of the Institute for Integrated Management of Material

54 postdoctoral researchers, and hosted 156 visiting scholars. He has authored/co-authored 818 refereed

of publications among the top 1% of scientists in agricultural sciences.

is Director of the Dryland Agriculture Institute and a distinguished professor

of Agriculture at West Texas A&M University, Canyon, Texas. He is a former director of

the USDA Conservation and Production Laboratory at Bushland, Texas; past president of the Soil

Science Society of America; and member of the 1990–1993 Committee on Long-Range Soil and

Water Policy, National Research Council, National Academy of Sciences. He is a fellow of the Soil

of the Soil and Water Conservation Society, and an honorary member of the International Union

of Soil Sciences in 2008. In 2009, Dr. Stewart was inducted into the USDA Agriculture Research

Service Science Hall of Fame. Dr. Stewart is very supportive of education and research on dryland

students with a demonstrated interest in dryland agriculture. 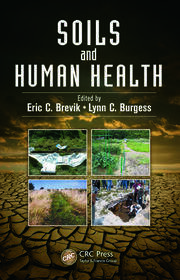 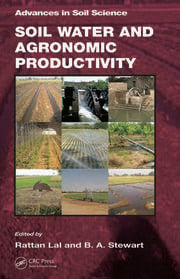 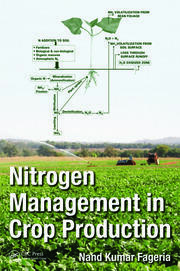 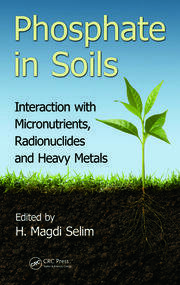 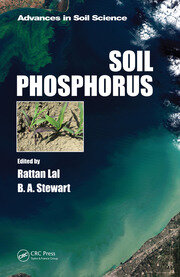