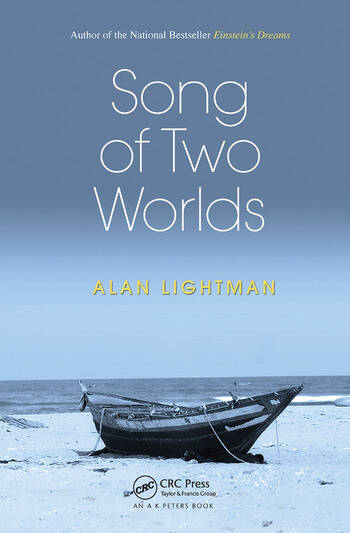 In Alan Lightman's new book, a verse narrative, we meet a man who has lost his faith in all things following a mysterious personal tragedy. After decades of living "hung like a dried fly," emptied and haunted by his past, the narrator awakens one morning revitalized and begins a Dante-like journey to find something to believe in, first turning to the world of science and then to the world of philosophy, religion, and human life. As his personal story is slowly revealed, little by little, we confront the great questions of the cosmos and of the human heart, some questions with answers and others without.

Part I: Questions with Answers

The book begins with an un-named protagonist finding himself suddenly moved to re-examine his life, both to confront past tragedies and failings and also to look for meaning. We overhear his thoughts as he uses his scientific skill to interrogate the mechanisms of the cosmos and the workings of his own body. When he reaches the limits of scientific ‘questions with answers’ he turns to ‘questions without answers’ which must be explored by faith, art or philosophy. Alongside rehearsals of insights by great thinkers and teachers we also get glimpses of the narrator’s relationship with an old and loyal servant. This weaving of the lofty with the human and mundane is one of the more effective aspects of the book.
-- Michael Bartholomew-Biggs, London Mathematical Society, May 2010

Alan Lightman could have written this verse narrative that brings together his explorations in the worlds of science, art and philosophy and makes of them this strange and mysterious but seamless and beguiling whole.
-- Anita Desai, July 2009

Lightman's Song of Two Worlds is of consistent high quality and poetic energy. To begin with, the perspective is intelligently conceived, surprising, and productive. The provenance of the speaker who obviously is routed in the Islamic culture, his scientific competence, his familiarity with history-combined with his personal view, his regular life, his introspective mood, all this creates a captivating and innovative narrative verse. Congratulations!
-- Hans Magnus Enzensberger, July 2009

In taking on several more layers than the usual two-cultures-debate-featuring works, and quite successfully dealing with them, Song of Two Worlds is a nice addition to the scientific-poetic library.
-- M. A. Orthofer, The Complete Review, October 2009

Song of Two Worlds has been chosen as one of Seed Magazine's "Books to Read Now" for the month of November. Click on the link above for details!
-- Seed Magazine, November 2009

Alan Lightman's Song of Two Worlds has been reviewed in Nature Magazine! Click the link above for access to the article.
- -NATURE Magazine, November 2009

Song of Two Worlds by Alan Lightman is currently being featured on New Scientist's Holiday wish list. Check out the link above for details!
-- Liz Else, New Scientist, December 2009

Alan Lightman was recently profiled by a new online site, Chapter 16. This site is dedicated to Tennessee writers and readers. Please click on the link above for the full article!
-- Maria Browning, Chapter 16, January 2010