Spanish-Language Television in the United States
Fifty Years of Development 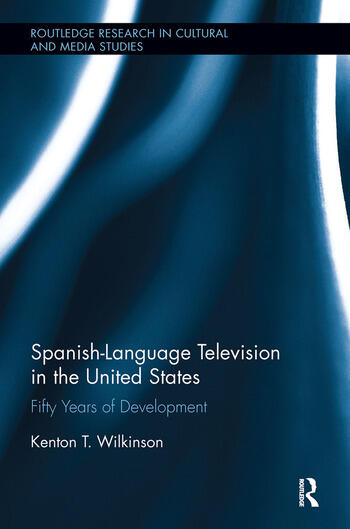 Spanish-Language Television in the United States: Fifty Years of Development

Since its introduction in the early 1960s, Spanish-language television in the United States has grown in step with the Hispanic population. Industry and demographic projections forecast rising influence through the 21st century. This book traces U.S. Spanish-language television’s development from the 1960s to 2013, illustrating how business, regulation, politics, demographics and technological change have interwoven during a half century of remarkable change for electronic media.

Spanish-language media play key social, political and economic roles in U.S. society, connecting many Hispanics to their cultures of origin, each other, and broader U.S. society. Yet despite the population’s increasing impact on U.S. culture, in elections and through an estimated $1.3 trillion in spending power in 2014, this is the first comprehensive academic source dedicated to the medium and its history. The book combines information drawn from the business press and trade journals with industry reports and academic research to provide a balanced perspective on the origins, maturation and accelerated growth of a significant ethnic-oriented medium.

Introduction  Part 1: Origins and Consolidation in the 1950s and 1970s  1. U.S. Spanish-Language Media and Audicences as Television Emerged  2. Establishing Spanish International Network and the Growth of Ethnic Media  3. Technology, Broadcast Policy and Consolidation in the Satellite Age  Part 2: Turmoil and Change in the 1980s  4. Ownership, Control and Management at Issue  5. The Rise of Telemundo and Domestic Competition in the Decade of the Hispanic  Part 3: Market Competition and Expansion in the 1990s  6. The Economic Foundations of Spanish-Language Television in the 1990s  7. Connections with Latin American Television Markets  Part 4: Growth, Digitization and Fragmentation in the 2000s  8. The "Latin Booms" in Population, Popular Culture and Industry Profit  9. Fragmentation and Ferment in the Digital Age  Conclusion

"The rich and underappreciated history of Hispanic television takes center stage in Kenton T. Wilkinson’s Spanish-language Television in the United States: Fifty Years of Development. (…) The book brings an academic thoroughness to the story but remains accessible and fascinating for readers both inside and outside the industry." --Dade Hayes, Broadcasting & Cable

"This is an essential book for those interested in understanding the history and resounding success of Spanish-language TV in the U.S." -- Alejandro Alvarado, Florida International University, USA