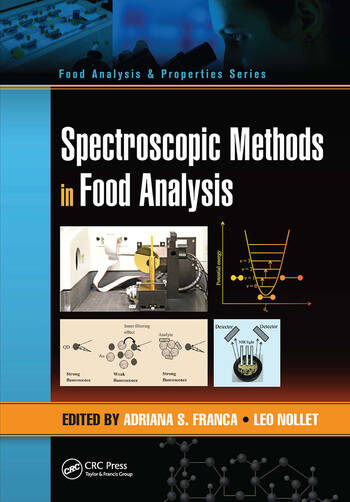 Given the inherent complexity of food products, most instrumental techniques employed for quality and authenticity evaluation (e.g., chromatographic methods) are time demanding, expensive, and involve a considerable amount of manual labor. Therefore, there has been an increasing interest in simpler, faster, and reliable analytical methods for assessing food quality attributes. Spectroscopic Methods in Food Analysis presents the basic concepts of spectroscopic methods, together with a discussion on the most important applications in food analysis.

The determination of product quality and authenticity and the detection of adulteration are major issues in the food industry, causing concern among consumers and special attention among food manufacturers. As such, this book explains why spectroscopic methods have been extensively employed to the analysis of food products as they often require minimal or no sample preparation, provide rapid and on-line analysis, and have the potential to run multiple tests on a single sample (i.e., non-destructive). This book consists of concepts related to food quality and authenticity, that are quite broad, given the different demands of the manufacturer, the consumer, the surveillance and the legislative bodies that ultimately provide healthy and safe products.

Adriana S. Franca, PhD,  received her BSc in chemical engineering in 1988 and MSc in mechanical  engineering  in  1991  from  the  Universidade  Federal  de  Minas  Gerais,  Belo  Horizonte, Brazil. She completed her PhD in agricultural and biological engineering from Purdue University in 1995. She  is  currently  a  professor  in  the  Department  of  Mechanical  Engineering,  the  Universidade Federal de Minas Gerais, Belo Horizonte, Brazil, and also teaches a grad-uate  course  on  food  sciences.  She  has  published  94  articles  in  international  journals,  21 book chapters, and has presented more than 200 research papers at various interna-tional conferences. Her research areas include food science, sustainable uses of agricul-tural residues, coffee chemistry, heat transfer, microwaves, and spectroscopic methods. For more information refer http://lattes.cnpq.br/1719405448685259.

Leo  M.L.  Nollet,  PhD,    received  his  MS  (1973)  and  PhD  (1978)  in  biology  from  the  University of Leuven, Belgium. He is an editor and associate editor of numerous books. He  edited  for  M.  Dekker,  New  York—now  CRC  Press  of  Taylor  &  Francis—the  first,  second, and third editions of the books entitled Food Analysis by HPLC and Handbook of Food Analysis. The last edition is a two-volume book. He also edited the Handbook of Water  Analysis (first, second, and third editions) and Chromatographic Analysis of the Environment, third edition (CRC Press).With  F.  Toldrá,  he  coedited  two  books  published  in  2006  and  2007:  Advanced Technologies  for  Meat  Processing (CRC Press) and Advances in Food Diagnostics(Blackwell Publishing—now Wiley). With M. Poschl, he coedited the book Radionuclide Concentrations in Foods and the Environment also published in 2006 (CRC Press).Dr.  Nollet  has  also  coedited  with  Y.H.  Hui  and  other  colleagues,  several  books:  Handbook of Food Product Manufacturing (Wiley, 2007), Handbook of Food Science, Technology and Engineering (CRC Press, 2005),  Food Biochemistry and Food Processing(first and second editions; Blackwell Publishing—now Wiley—2006 and 2012), and the Handbook of Fruits and Vegetable Flavors (Wiley, 2010).In addition, he edited the Handbook of Meat, Poultry and Seafood Quality, first and second  editions,  (Blackwell  Publishing—now  Wiley—2007  and  2012).  From  2008  to  2011, he published with F. Toldrá five volumes on animal product-related books, namely, the Handbook of Muscle Foods Analysis, Handbook  of  Processed  Meatsand  Poultry  Analysis, Handbook  of  Seafood  and  Seafood  Products  Analysis, Handbook  of  Dairy  Foods Analysis, and Handbook of Analysis of Edible Animal By-Products. Also in 2011 with  F.  Toldrá,  he  coedited  for  CRC  Press  two  volumes:  Safety  Analysis  of  Foods  of  Animal  Origin  and  Sensory  Analysis  of  Foods  of  Animal  Origin.  In  2012,  they  both  published the Handbook of Analysis of Active Compounds in Functional Foods. In  a  coedition  with  Hamir  Rathore,  the  book  Handbook  of  Pesticides:  Methods  of  Pesticides  Residues  Analysis  was  marketed  in  2009,  Pesticides:  Evaluation  of  Environmental Pollution in 2012, and the Biopesticides Handbook in 2015. Other >n-ished  book  projects  include  Food  Allergens:  Analysis,  Instrumentation,  and  Methods(with A. van Hengel; CRC Press, 2011) and Analysis of Endocrine Compounds in Food(Wiley-Blackwell, 2011).Dr.  Nollet's  recent  projects  include  Proteomics  in  Foods with F. Toldrá (Springer, 2013)  and  Transformation  Products  of  Emerging  Contaminants  in  the  Environment:  Analysis, Processes, Occurrence, Effects and Risks w it h D. L a mbropou lou ( Wi ley, 2014). In this series, CRC Food Analysis & Properties, he edited with C. Ruiz-Capillas, Flow Injection  Analysis  of  Food  Additives  (CRC  Press,  2015)  and  Marine Microorganisms: Extraction and Analysis of Bioactive Compounds (CRC Press, 2016). 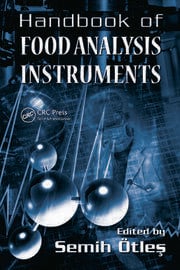 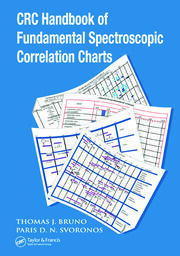 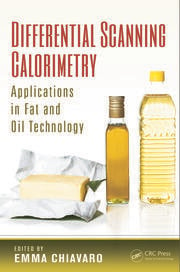