The Changing Face of Cricket
From Imperial to Global Game 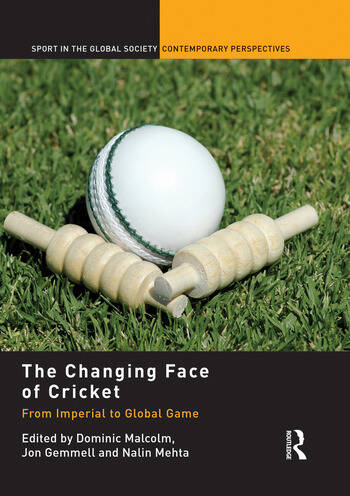 The Changing Face of Cricket: From Imperial to Global Game

For cricket enthusiasts there is nothing to match the meaningful contests and excitement generated by the game’s subtle shifts in play. Conversely, huge swathes of the world’s population find cricket the most obscure and bafflingly impenetrable of sports. The Changing Face of Cricket attempts to account for this paradox.

The Changing Face of Cricket provides an overview of the various ways in which social scientists have analyzed the game’s cultural impact. The book’s international analysis encompasses Australia, the Caribbean, England, India, Ireland, South Africa, Sri Lanka and Zimbabwe. Its interdisciplinary approach allies anthropology, history, literary criticism, political studies and sociology with contributions from cricket administrators and journalists. The collection addresses historical and contemporary issues such as gender equality, global sports development, the impact of cricket mega-events, and the growing influence of commercial and television interests culminating in the Twenty20 revolution.

Whether one loves or hates the game, understands what turns square legs into fine legs, or how mid-offs become silly, The Changing Face of Cricket will enlighten the reader on the game’s cultural contours and social impact and prove to be the essential reader in cricket studies.

This book was published as a special issue of Sport in Society.

1. Cricket and modernity: international and interdisciplinary perspectives on the study of the Imperial Game  Dominic Malcolm, Jon Gemmell and Nalin Mehta

5. ‘From far it look like politics’: C.L.R. James and the canon of English cricket literature  Anthony Bateman

10. Wunderkidz in a Blunderland: tensions and tales from Sri Lankan cricket  Michael Roberts

11. Batting for the flag: cricket, television and globalization in India  Nalin Mehta

14. ‘Look, it’s a girl’: cricket and gender relations in the UK  Philippa Velija and Dominic Malcolm

15. International cricket – the hegemony of commerce, the decline of government interest and the end of morality?  Russell Holden

17. Burning down the house  Rob Steen

18. A strong sport growing stronger: a perspective on the growth, development and future of international cricket  Ehsan Mani

Dominic Malcolm is Senior Lecturer in the Sociology of Sport in the School of Sport, Exercise and Health Sciences at Loughborough University and Convenor of the British Sociological Association’s Sport Study Group. He has published numerous papers on historical and sociological aspects of cricket and has recently expanded his research interests to include the critical sociological analysis of sports medicine. He has published a number of co-edited texts - The Future of Football, Sport: Critical Concepts in Sociology, Sport Histories, and Matters of Sport. He is author of the Sage Dictionary of Sports Studies published in 2008.

Jon Gemmell teaches History and Sociology at Kennet School, Thatcham. He is the author of The Politics of South African Cricket, and has written a number of articles exploring the links between race/ethnicity, politics and cricket in South Africa, Australia and Ireland. He is the co-editor of Cricket, Race and the 2007 World Cup and is currently working on a history of the ethos of cricket.

Nalin Mehta is Founding Joint Editor of South Asian History and Culture and Trustee of the South Asia Research Foundation. A Fellow of the International Olympic Museum, Lausanne (2007), he is the author of India on Television and Olympics: The India Story. He works for the Global Fund, Geneva, and is currently co-writing a history of the Commonwealth Games and Delhi 2010.