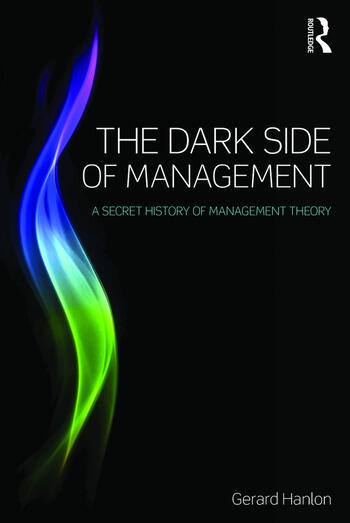 What isn’t management and why doesn’t it matter? This compelling book leads the reader away from the stories told by managers and management theories to show the secret history of the field.

In characterizing the progress of management as a war on workers, this book offers a controversial and revealing alternative intellectual history of this overwhelming discipline. The author employs a unique range of theories and sources, including the founding fathers of management, US labour and social history, and earlier intellectual figures such as Marx and Weber alongside the contemporary insights of Foucault and European and American workerist and post-workerist thought, to shed light on the world of management.

This book is key reading for researchers and students across the social sciences. With a controversial and stimulating approach, it also engages readers with a general interest in business and management issues.

Part I: Introducing the Violence of Management  Introduction: Managing the Free Gifts of the General Intellect and the Division of Labour  Chapter 1: Management’s Authoritarian Heart  Part II: The Dark Nature of Management Knowledge Chapter 2: ‘Class Struggle without Class?’ – Attempting to manufacture incompetence Chapter 3: ‘An Almost Equal Division of the Work and the Responsibility’ – Driving towards the mass industrial subject  Chapter 4: ‘Spontaneous Co-Operation’ – Excavating the soul  Part III: Conclusion – Management, neoliberalism and a history of violence Chapter 5: ‘Confiscate the Soul’ – Taylor, Mayo and the fundamentals of management Chapter 6: Management: The first neoliberal ‘Science’ Appendix: Management, Durkheim and Discipline

'…foundational reading for any student or scholar seeing an introductory grounding in the history of management and the attendant theories of management and organization.' Simon Mollan, Academy of Management Learning & Education

'Not only a history of management theory, but also a parallel history of capitalism and neoliberalism ... This volume is a must read.' - Kenneth N. Ehrensal, Management Learning

[Gerard Hanlon is] having none of ... the dominant narrative of management theory. During the twentieth century, management somehow emerges as the most valuable occupation [as] management gurus [became] the handmaidens of capital.' - Philip Roscoe, Times Higher Education

'Gerard Hanlon goes digging deeply into the history of management theory. The result is a set of discoveries that contribute to explain our current economic period more sharply than most books on the subject. This is brilliant material and a must read.' - Saskia Sassen, Professor, Columbia University, USA

'This bold, broadly learned, and deeply historical study is as challenging as it is straightforwardly argued. Uncovering an earlier neoliberalism, one with management expert Elton Mayo near its center, Hanlon opens a world in which the creation and control of new subjectivities among workers is a central challenge for capital. The resulting tour-de-force connects management, everyday life, and social theory in exciting reinterpretations of everything from the relation of work and culture to the "reluctant" anticipations of neoliberalism by Max Weber.' - David Roediger, Professor, University of Kansas, USA

'We keep being told that change comes from the top and managers make great companies. But what if they don’t matter terribly much? What if they take their wellsprings and verve from labor, rather than the other way round? In this revelatory rewriting of management studies, Gerard Hanlon lifts the veil on a world riven with superstition and turns that world upside down. Bravo!' - Toby Miller, Professor, The University of Cardiff, UK and Sir Walter Murdoch Professor, Murdoch University, Australia. 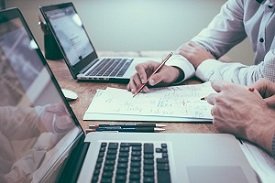