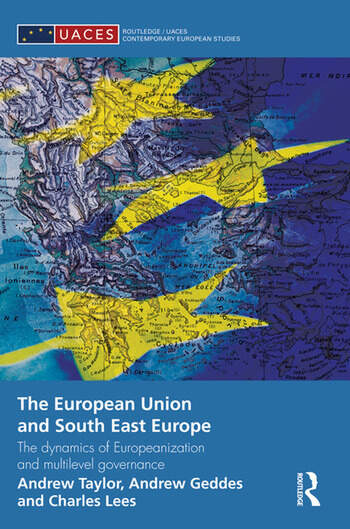 The European Union and South East Europe: The Dynamics of Europeanization and Multilevel Governance

This book explores the interaction of the EU in Greece, Slovenia, Croatia, and Macedonia in three key policy sectors – cohesion, border managements and the environment – and assesses the degree to which the European Union’s engagement with the democracies of South East Europe has promoted Europeanization and Multi-Level Governance.

Although there is a tendency to view the Balkans as peripheral, this book argues that South East European states are central to what the EU is and aspires to become, and goes to the heart of many of the key issues confronting the EU. It compares changing modes of governance in the three policy areas selected because they are contentious issues in domestic politics and have trans-boundary policy consequences, in which there is significant EU involvement. The book draws on over 100 interviews conducted to explore actor motivation, preferences and perceptions in the face of pressure to adapt from the EU and uses Social Network Analysis. Timely and informative, this book considers broader dilemmas of integration and enlargement at a time when the EU’s effectiveness is under close scrutiny.

The European Union and South East Europe will be of interest to students and scholars of European politics, public policy, and European Union governance and integration.

Andrew Taylor is Professor of Politics at the University of Sheffield. He has written a number of articles on South East Europe, focussing on Kosovo. Other relevant publications include work on state theory (‘The State’ in V. Bryson & G. Blakeley (eds.), Marx and Other Four-Letter Words (Pluto Press, 2005, 61-80) and governance (‘Governance’, in V.Bryson & G. Blakeley (eds.), Apologies for Capitalism Pluto Press, 2002, 35-53). He is currently working on a book on the concept of state failure, which is under contract from Macmillan-Palgrave.

Andrew Geddes is Professor of Politics and Head of the Department of Politics at the University of Sheffield. He has published extensively on European politics with a particular specialism in the politics of migration. Publications include Migration and Mobility in the EU (with Christina Boswell, Palgrave 2010, forthcoming), Immigration and European Integration: Beyond Fortress Europe?, Manchester University Press, 2008, 2nd edition), The Politics of Migration and Immigration (Sage, 2003), The European Union and British Politics (Palgrave, 2004), Immigration and Welfare: Challenging the Borders of the Welfare State, edited with Michael Bommes, Routledge, 2000).

Charles Lees is Professor of Politics in the Department of Politics, Languages and International Studies, University of Bath. He has written extensively on comparative politics, policy, and methodology. He is currently Managing Editor of the Journal of Common Market Studies and a member of the Multi-level Governance Group at the Centre for International Policy Research at the University of Sheffield.