The Historiography of Psychoanalysis 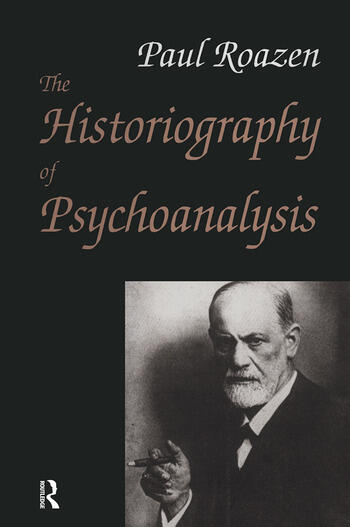 The Historiography of Psychoanalysis

Today Sigmund Freud's legacy seems as hotly contested as ever. He continues to attract fanaticism of one kind or another. If Freud might be disappointed at the failure of his successors to confirm many of his so-called discoveries he would be gratified by the transforming impact of his ideas in contemporary moral and ethical thinking. To move from the history of psychoanalysis onto the more neutral ground of scholarly inquiry is not a simple task. There is still little effort to study Freud and his followers within the context of intellectual history. Yet in an era when psychiatry appears to be going in a different direction from that charted by Freud, his basic point of view still attracts newcomers in areas of the world relatively untouched by psychoanalytic influence in the past. It is all the more important to clarify the strengths and the limitations of Freud's approach.

Roazen begins by delving into the personality of Freud, and reassesses his own earlier volume, Freud and His Followers. He then examines "Freud Studies" in the nature of Freudian appraisals and patients. He examines a succession of letters between Freud and Silberstein; Freud and Jones; Anna Freud and Eva Rosenfeld; James Strachey and Rupert Brooke. Roazen includes a series of interviews with such personages as Michael Balint, Philip Sarasin, Donald W. Winnicott, and Franz Jung. He explores curious relationships concerning Lou Andreas-Salome, Tola Rank, and Felix Deutsch, and deals with biographies of Freud's predecessors, Charcot and Breuer, and contemporaries including Menninger, Erikson, Helene Deutsch, and a number of followers. Freud's national reception in such countries as Russia, America, France, among others is examined, and Roazen surveys the literature relating to the history of psychoanalysis. Finally, he brings to light new documents offering fresh interpretations and valuable bits of new historical evidence.

This brilliantly constructed book explores the vagaries of Freud's impact over the twentieth century, including current controversial issues related to placing Freud and his theories within the historiography of psychoanalysis. It will be of interest to psychoanalysts, intellectual historians, and those interested in the history of ideas.