The Olympics, Media and Society 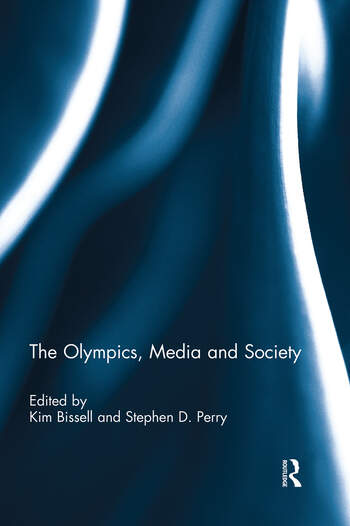 The Olympics, Media and Society

When the general public follow the Olympic Games on television, on the internet, even in the newspapers, they feel like they have themselves experienced the performances of the athletes. This book explores whether it is ever possible to experience the Olympic Games as an athletic event without considering the effect of the media. It addresses a multitude of ways in which the intermediary of media production alters the experience of the Olympics.

Spectators watching Olympic events from the stands are less subjected to the language of the commentators, journalists, and even the athlete interviews as they form impressions and understandings of the games. However, even those who sit in the stands for the opening ceremonies or walk down the streets of the Olympic Village and the host city are treated to media spectacles that are intentionally produced to display the attitudes, values, and beliefs of the host country and its Olympic Committee. This book performs the important task of analysing ways in which the media serves as both an integral component and an arbiter of the Games for society.

This book was originally published as a special issue of Mass Communication and Society.

1. Introduction: Olympics, Media, and Society  2. The Olympics, Jesse Owens, Burke, and The implications of Media Framing in Symbolic Boasting  Part I: The 2008 Summer Games  3. Fans, Nonfans, and the Olympics: Predictors of Audience’s Multiplatform Experience with the 2008 Beijing Games  4. The Expediency of Hybridity: Beijing 2008  5. Media Reports of Olympic Success by Chinese and American Gold Medalists: Cultural Differences in Causal Attribution  6. "Under the Weather": The Weather Effects on U.S. Newspaper Coverage of the 2008 Beijing Olympics  Part II: The 2010 Winter Games  7. When Symbols Clash: Legitimacy, Legality and the 2010 Winter Olympics  8. Go "Heavy" or Go Home: An Examination of Audience Attitudes and Their Relationship to Gender Cues in the 2010 Olympic Snowboarding Coverage  9. "The More Things Change, The More They . . .": Commentary During Women’s Ice Hockey at the 2010 Olympic Games

is the Director of the Institute for Communication and Information Research, and the Associate Dean for Research in the College of Communication and Information Sciences at the University of Alabama, USA. She has published more than 30 research articles in peer reviewed journals and several book chapters. Her research interests include the intersection of media, health, and sport in the context of media effects and media messages.

is the Editor of Mass Communication and Society, and is the Mass Media Coordinator and Professor at Illinois State University, USA. He is co-author of Communication Theories for Everyday Life (2003) and author of A Consolidated History of Media (2005), as well as many book chapters and research articles in peer-reviewed journals. His research interests include media effects on society, and media history.