The Routledge Handbook of the Philosophy of Paternalism 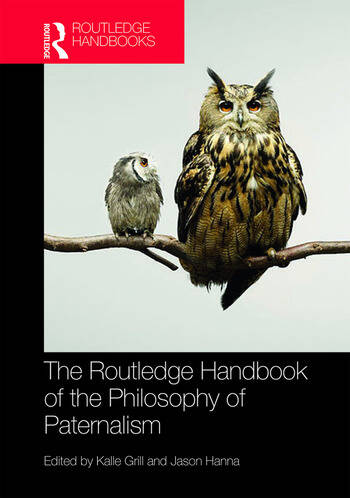 The Routledge Handbook of the Philosophy of Paternalism

While paternalism has been a long-standing philosophical issue, it has recently received renewed attention among scholars and the general public. The Routledge Handbook of the Philosophy of Paternalism is an outstanding reference source to the key topics, problems and debates in this exciting subject and is the first collection of its kind. Comprising twenty-seven chapters by a team of international contributors the handbook is divided into five parts:

Within these sections central debates, issues and questions are examined, including: how should paternalism be defined or characterized? How is paternalism related to such moral notions as rights, well-being, and autonomy? When is paternalism morally objectionable? What are the legitimate limits of government benevolence? To what extent should medical practice be paternalistic?

The Routledge Handbook of the Philosophy of Paternalism is essential reading for students and researchers in applied ethics and political philosophy. The handbook will also be very useful for those in related fields, such as law, medicine, sociology and political science.

A. What is Paternalism?

B. Paternalism and Ethical Theory

Kalle Grill is Associate Professor of Philosophy at Umeå University, Sweden. His research mainly concerns paternalism and related issues, such as nudging, respect for preferences, and various issues in public health policy. He also works on population ethics.

Jason Hanna is Associate Professor of Philosophy at Northern Illinois University, USA. His research addresses issues in normative and applied ethics, including the permissibility of paternalism and the defensibility of deontological constraints on harming. He has previously held a Faculty Fellowship at Tulane University's Murphy Institute.

'This volume is a comprehensive treatment of all aspects of paternalism. The contributions are of high quality and topics are covered which are often neglected, e.g. nudging, manipulation, epistemic paternalism.'