Theory in Africa, Africa in Theory
Locating Meaning in Archaeology 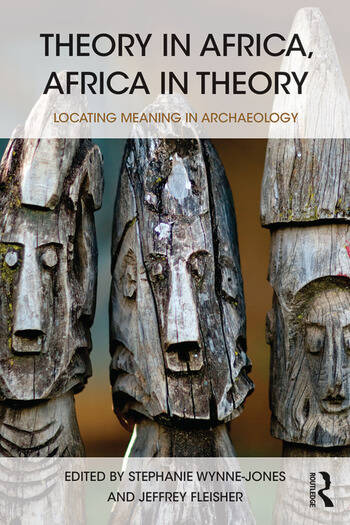 Theory in Africa, Africa in Theory: Locating Meaning in Archaeology

Theory in Africa, Africa in Theory explores the place of Africa in archaeological theory, and the place of theory in African archaeology. The centrality of Africa to global archaeological thinking is highlighted, with a particular focus on materiality and agency in contemporary interpretation. As a means to explore the nature of theory itself, the volume also addresses differences between how African models are used in western theoretical discourse and the use of that theory within Africa.  Providing a key contribution to theoretical discourse through a focus on the context of theory-building, this volume explores how African modes of thought have shaped our approaches to a meaningful past outside of Africa.

A timely intervention into archaeological thought, Theory in Africa, Africa in Theory deconstructs the conventional ways we approach the past, positioning the continent within a global theoretical discourse and blending Western and African scholarship. This volume will be a valuable resource for those interested in the archaeology of Africa, as well as providing fresh perspectives to those interested in archaeological theory more generally.

III. Africa in Archaeological Theory:  Impacts beyond the Continent
11  Iron Age imaginaries and barbarian encounters: European prehistory's African past
Paul Lane
12  The African State in Theory: Thoughts on Political Landscapes and the Limits of Rule in Atlantic Senegal (and elsewhere)
François G. Richard
13  Broadening the phenomenological perspective? Lessons from the African landscape
Timothy Insoll
14  Off the coast, but hopefully not too off-the-cuff: Thoughts on anthropological archaeology and theory in Africa and Africa in theory and in practice
Susan Kus

IV. Commentary
15 Archaeology of a continent, in theory
Wendy Ashmore
16 Anthropology, Archaeology and African Studies: Some thoughts on theory, stuff and the possibilities of a new afro-centrism
Joost Fontein

is a Swahili archaeologist at the University of York, specializing in East African coastal urbanism, material culture and social practice.

"The chapters it collates are well written, the volume itself well produced and the paperback edition solidly bound. The book is more reasonably priced than many edited volumes and the electronic edition particularly so... Theory in Africa, Africa in Theory is recommended for its lively, if inevitably partial, engagement with contemporary theory in African archaeology, along with its resonances and effects beyond the continent." — Ann B. Stahl, AZANIA: ARCHAEOLOGICAL RESEARCH IN AFRICA