Traditional Religion and Culture in a New Era 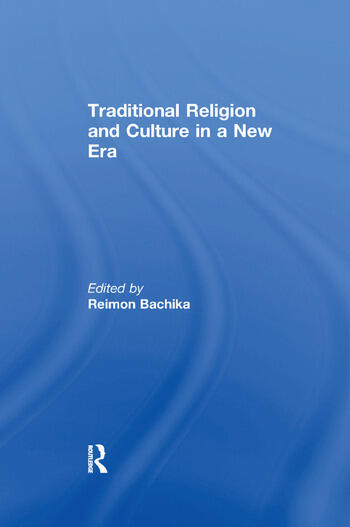 Traditional Religion and Culture in a New Era

Where will postmodern culture lead us in the twenty-first century? Will it destroy traditional cultures together with the old, established religions that were its foundation? These questions and the new concerns they evoke are explored in this important collection of original essays. Contributors challenge entrenched assumptions about what many social scientists consider irreversible cultural trends. These include cultural differentiation, emphasis on individual identity, movement toward religion as a private act rather than a community commitment, and above all, emphasis on the relativity of all knowledge and values.The volume asserts three lines of argument in opposition to these trends. The first is the teleological significance of traditional religions and archaic knowledge. History can be said to have no goal, but the same must not follow for human culture. One can conceive individually of a hundred goals to live for. However, the quality of life cannot be that diverse. Taken to the extreme, cultural particularity and philosophical nihilism are insults to the life that emerged on our planet eons ago. Second, this volume emphasizes moral concern and the importance of universal values. Ideas of human well being have been formulated from ancient times. Religious beliefs invariably contain statements of value in the form of commandments and exhortations that express fundamental goals for a quality of life. Third, the nature of religion and spirituality is discussed. Religion today has become controversial socially, and marginal sociologically. The role of religion in society is sometimes problematic or abused, but it is also underestimated and misunderstood. The authors suggest that contemporary religion might best be viewed as non-ideological spiritual culture. This, in turn, looks to a future in which religion and culture coalesce.This volume includes an international cast of scholars from Japan, the United States, Canada, the United Kingdom, Germany, Greece, Italy, New Zealand, and Belgium. All have engaged in research outside their own countries. Taken as a whole, this volume addresses issues of interest to those in the fields of futures studies, religion, and philosophy, and in particular those concerned with human agency, personal responsibility, and public choice.