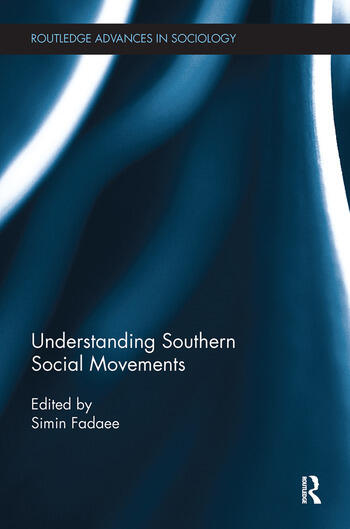 Southern social movements have played an important role in shaping world history and politics. Nevertheless, scholarly literature on movements of the global South remains limited and restricted to testing the social movement theory which was developed in the North. This Northern-centric approach largely fails to provide a meaningful understanding of Southern movements because it is not directly applicable to the differing historical backgrounds, culture and socio-economic structures found in the South. Much of the uniqueness and complexity of Southern social movements has therefore been overlooked.

This collection analyses recent events and developments in Southern social movements, introducing well-researched case studies from fifteen countries of the global South. Arranged in two parts, the volume examines firstly movements which focus on rights and quality of life issues, and secondly the post-2011 wave of uprisings which started with Tunisian and Egyptian movements. Contributing to ongoing discussions about the Northern-centric nature of social movement theory and the social sciences more generally, the authors enter into dialogue with the debate on local and national levels, as well as globalizing processes.

Through an interdisciplinary approach this book broadens the theoretical and empirical perspectives for the study of social movements and will appeal to sociologists, political scientists, scholars and students of social movements, and social activists.

Simin Fadaee is Assistant Professor of Society and Transformation in Asia and Africa at Humboldt University of Berlin, Germany.