War
Contemporary Perspectives on Armed Conflicts around the World 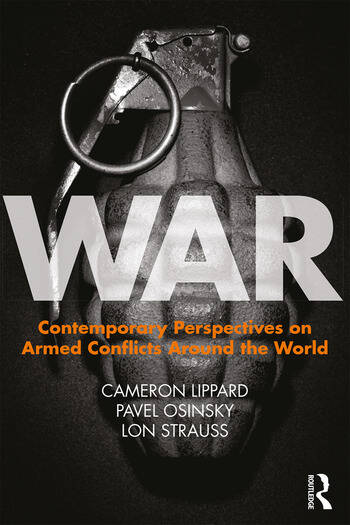 War: Contemporary Perspectives on Armed Conflicts around the World

War: Contemporary Perspectives on Armed Conflicts around the World presents a broad variety of interdisciplinary and social scientific perspectives on the causes, processes, cultural representations, and social consequences of the armed conflicts between and within nations and other politically organized communities. This book provides theoretical views of armed conflict and its impact on people and institutions around the world.

1. The Nature of War 2. The Evolution of War 3. The War Machine (Bureaucracy and the Political Economy) 4. War and Social Stratification 5. Human Costs of War 6. Cultural Representations of War 7. War of Today and Tomorrow 8. Peace and Anti-War Movements

is an Associate Professor of Sociology at Appalachian State University in Boone, North Carolina. His teaching interests focus on race and ethnic relations, immigration, sociology of war, and research methods. His primary research agenda examines the social integration of Latino immigrants into the American South, as well as examining how individuals and people use color-blind language to justify racist actions and policies. He also studies issues of postmodern cultural shifts in the United States and abroad concerning the rise of craft beer, "legal moonshine," and fair trade coffee. Most recent book publications include authoring Building Inequality: Race, Ethnicity, and Latino Immigration in the Atlanta Construction Industry; Being Brown in Dixie: Race, Ethnicity, and Latino Immigration in the New South; and the editing of Race and Racism in the United States (4 volume encyclopedia); and Untapped: The Cultural Dimensions of Craft Beer.

is an Associate Professor of Sociology at Appalachian State University. Dr. Osinsky received his Ph.D. in philosophy from Moscow State University (Russia) and a Ph.D. in sociology from Northwestern University (USA). His primary field of specialization is a comparative historical sociology, with a particular interest in examining the impact of the world wars of the twentieth century on the revolutionary cataclysms and the communist state-building in Eastern Europe and East Asia. His articles have been published in the Annual Review of Sociology, Sociological Forum, Sociological Quarterly, Political Power and Social Theory, Work & Occupations, Research in Economic History, and other academic journals. Dr. Osinsky teaches classes in sociological theory, political sociology, and globalization.

is an Assistant Professor of Military History at the U.S. Marine Corps Command and Staff College. He was a Visiting Professor at the U.S. Army War College from 2016 to 2017. Dr. Strauss is a section-editor with 1914-1918-online, published "Fear of Infectious Dissent: First World War Military Intelligence, Labor, and the Conscientious Objection of Erling Lunde" in The International Journal on Strikes and Social Conflicts, as well as "Breakthrough and Pursuit," a chapter in A Concise History of the Meuse-Argonne and "US Military Planning during the Interwar Period" in The Routledge Handbook for US Diplomatic and Military History. In 2009, Dr. Strauss was a Fellow at the U.S. Military Academy’s Summer Seminar in Military History and a recipient of the U.S. Army Center of Military History Dissertation Fellowship 2010–2011. He is currently finishing a manuscript on the U.S. Army’s Military Intelligence Division titled Uncle Sam is Watching: Surveillance of Civilians in the First World War.