What is Shi'i Islam?
An Introduction 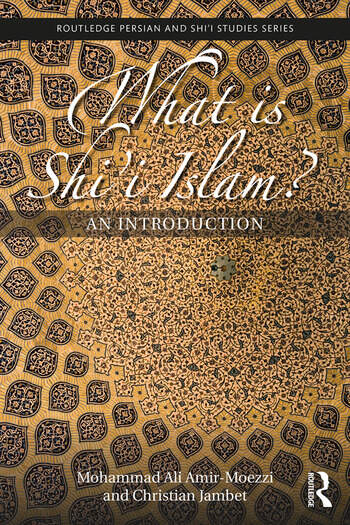 What is Shi'i Islam?: An Introduction

For the public at large Shi’ism often implies a host of confused representations, suggesting more often than not obscurantism, intolerance, political violence and other ignominies running hot or cold in response to world events. In fact for many people, Shi’ism stands for "radical Islam", or – worse – "Islamic terrorism". In some respects, nothing is more familiar than Shi’ism, and yet nothing is more misunderstood. For some twenty years the media have increased their coverage of the phenomenon. Never, or only rarely, do they formulate the question we ask here: what is Shi’ism? What is this belief that inspires millions of people dispersed throughout the world?

This book provides a broad based introduction to Shi’i Islam. It examines what the Shi’i believe, how they see themselves and how they view the world. It includes a thorough examination of doctrine, philosophy, the Shi’i approach to the Qur’an and the historical evolution of Shi’ism as a branch of Islam. Too often, and too quickly, the conclusion is drawn that Shi’ism is a marginal heretical sect, fundamentally alien to the deeper truth of the great religion of Islam, thrust by historical accident onto the political stage. Shi’ism either speaks the truth of Islam, meaning that it is a truth of terror, or it is entirely foreign to Islam and, therefore, merits outright rejection, as Islamic fundamentalists and some individuals repeatedly claim. This book intends to explain why such common misunderstandings of Shi’ism have taken root.

Written in an accessible format and providing a thorough overview of Shi’ism, this book will be an essential text for students and scholars of Islamic Studies or Iranian Studies.

Introduction Part I: Doctrinal Foundations. The Early Beginnings of Shi’ism  1. Origins and Conceptions of the World  2. The Beginnings of Shi’ism Part II: The Sources and Contents of the Sacred Teachings  3. The Founding Sources  4. Shi’ite Teachings and their Levels  5. Walaya: The Nucleus of Shi’ite Faith  6. Symbolic Interpretation (ta’wil)  Part III: The Historical Evolution of Shi’ism  7. The Origins of Political Shi’ism  8. Aspects of the Jurist-Theologian’s Power  9. The Followers of the Original Tradition  10. The Politics of the Philosophers Part IV: Shi’ism, Wisdom and Philosophy  11. Moral Perfection and Contemplation  12. Philosophy and Syncretism  13. Some Historical Signposts  14. From the Question of Being to the Nature of God  15. The Destination of Man  16. From the Visible to the Invisible   Conclusion