Working with Dangerous People
The Psychotherapy of Violence 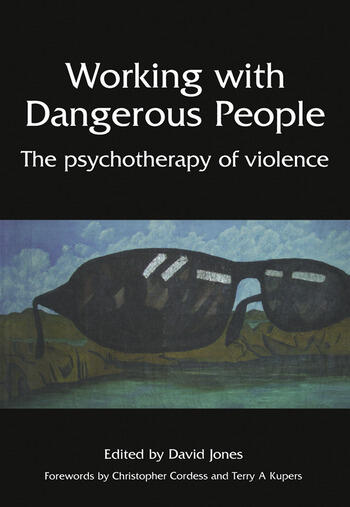 Working with Dangerous People: The Psychotherapy of Violence

‘This book, written by people with an intimate knowledge of prisons and dangerous prisoners and their mental health and welfare, offers something of an antidote to the simply coercive and repressive. In the words of the editor, it offers ‘a humane approach to working with dangerous people… It should be a basic tenet of psychological work with clients that we are prepared and able to be in sympathy with them, to have some understanding of their despair’. This volume offers a contribution to ways of thinking about dangerous people and their behavior and working with them constructively, respectfully and possibly redemptive. I sincerely hope that this book will be read by all those concerned with offenders in whatever capacity, from clinicians to politicians, from policy makers to managers. It will well reward their interest and attention.’ Christopher Cordess, Psychoanalyst and Emeritus Professor of Forensic Psychiatry University of Sheffield

Part One: The disturbed disruptive. Some ethical issues in psychodynamic work with dangerous people. Science, meaning, and the scientist-practitioner model of treatment. Psychopathy: the dominant paradigm. Changing people with programs. Part Two: Thinking under fire: the prison therapeutic community as container. Working with the unbearable. Responding to injustice: working with angry and violent clients in a person-centered way. Violence, sexual offending and sexual abuse: are they linked? Murder as an attempt to manage self disgust. Working as the coalface. The concept of dangerous and younger people. Where lies the danger?: a psychodrama approach. After life imprisonment: the role of the probation service. Concluding comments: a human approach to working with dangerous people.